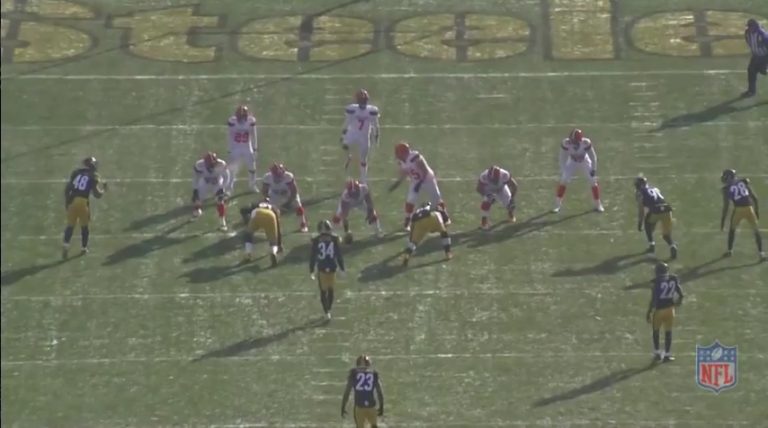 You can guarantee seeing the Pittsburgh Steelers run their dime defense on 3rd and long, peppering six defensive backs on the field.

How about they take it to the next level? Seven defensive backs. You’re going to see that too.

For several reps in recent training camp practices, the team has busted out a 2-2-7 look. I’m not positive it has an official name but Chris Adamski, one of the first guys I saw to point it out, coined it “dollar” and hey, it works well with the title.

Name aside, I’m excited about the look. When it’s 3rd down, when it’s a two minute drill, you need two types of players on the field.

1. Guys who can rush the passer

2. Guys who can cover

Can’t do either at a high level? Get your butt to the sidelines.

And that’s the idea of the 2-2-7. Remove both inside linebackers, who aren’t going to be top assets in either of those, and get the wealth of talent in the secondary on the field. It means not choosing between Terrell Edmunds and Cam Sutton. As the Steelers have done in practice, both get a helmet on the field, with Sutton and Morgan Burnett, the latter serving as the de facto linebacker, down near the line of scrimmage.

How much will you see it in 2018? Impossible to say this far out. Pittsburgh ran it three times last season, all in the regular season finale, something we’ve touched on in the offseason.

Dime will still probably used more often, especially when you consider the communication concerns of taking both ILBs off the field. A new voice, Burnett, to be in charge of everything, could create growing pains.

Logistics aside, I’m geeked about the possibilities of a dollar defense. Speed, athleticism, flexibility, chaos for an offense to discern. Who is the MIKE when there isn’t a MIKE on the field?

One play I saw the Steelers run in an earlier practice. Fire zone with Burnett blitzing from one side, Anthony Chickillo dropping on the opposite side. If the offensive line isn’t working together as a unit, completely on the same page, it’s not going to end well for them.

In coverage, it’s infinitely more preferred to get a DB on a tight end or running back out of the backfield. Worried about Williams or Bostic/Matakevich covering those guys one-on-one? Don’t have to be if they’re standing next to Keith Butler.