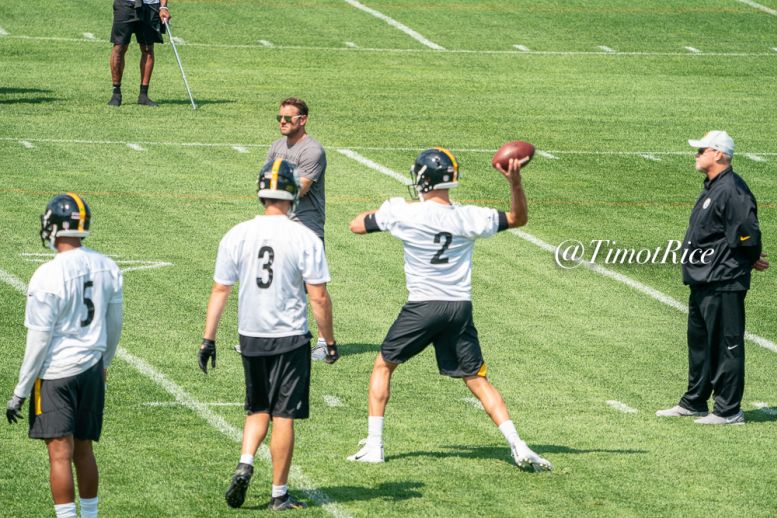 Yesterday, we went through the stats of the first ten practices at Pittsburgh Steelers training camp. One thing stuck out above the rest: Mason Rudolph’s improvement.

Compare the first five practices to the second five. It’s night and day.

Numbers only provide so much context but the difference is clear. It’s a dramatic shift. To add more to it, here’s a chart of his daily completion percentage. 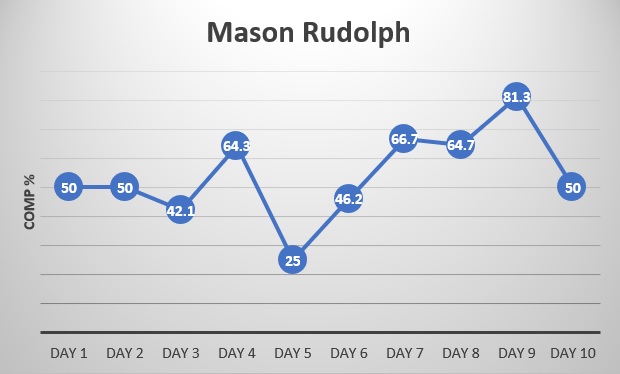 Over the first five practices, just one day sitting above 50%. Over the last five, three such days. And for the record, on a rain-shortened Day 10, he threw only two passes, so that number is skewed.

As Dave Bryan wrote yesterday, Rudolph’s exceeded the Steelers’ own expectations Kevin Colbert admitted he’s ahead of their projected schedule.

It’s not just a numbers thing either. Stats, especially in practice, only mean so much. It’s the command of the huddle he’s shown, how detail-oriented he’s been. No bad snaps or exchanges. Rare that he has to reset the huddle. He ran the two minute offense like a pro then finished it with a touchdown.

Does that mean he’s the heir to Ben? Or even jumping Landry Jones for the #2 spot this year? No and not necessarily. But he has been impressive and most importantly, getting better. That’s exciting, regardless of where things end up in a month or decade from now.

Can’t wait to get this dude in a stadium. He’ll be a lot of fun to watch.