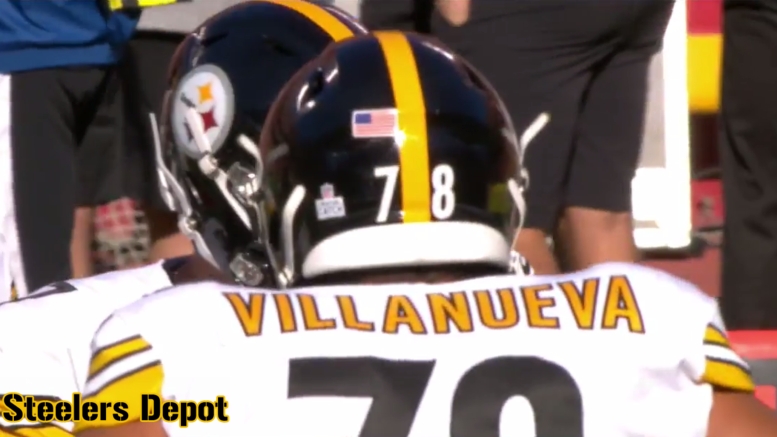 A few weeks ago, I wrote about Pittsburgh Steelers tackle Alejandro Villanueva and his consecutive games started streak he brings into the 2018 season and how significant it is for the history of franchise because of the position that he plays. During an interview this past week on SiriusXM NFL Radio, Villanueva was informed of my post by show co-host Alex Marvez and then asked if there’s anything specific that he can attribute it to.

“Well, I think it’s a lot of luck,” Villanueva said. “I wish I could tell you that I’m doing something that is going to work every single game, every single Sunday. You kind of just jinxed me by bringing it up.”

After joking about how he’s now likely jinxed and how it’s an unwritten rule to not talk about such streaks related to health, Villanueva then shared his thoughts on how he has worked through being a very superstitious player over the years.

“Every single football player, I would say most athletes, are superstitions about something,” Villanueva said. “And it came to a point with me that I was so superstitious about everything – the way I put my tape [on], my cleats [on], the way that the trainer had to greet me and say goodbye to me whenever he was taping my ankles, everything has to be exactly the same.

Villanueva, who will turn 30 just after the 2018 regular season gets underway, also added a few more thoughts on his current consecutive games started streak.

“So, you know, I think the streak of how every many games it has been is obviously a blessing because I didn’t think I was going to play in the NFL very long as soon as I realized how difficult it is to play at this level when I got out of the Army, Villanueva said. “But it’s been a journey that has taught me a lot, has made me a better man. I’m enjoying my time with my teammates, the opportunity to fight for something every year and to achieve it.

“I hope I can contribute to this team for as long as I can, but I’m not going to lie to myself, at some point, that streak, whether it’s Joel Thomas 10,000 snaps or Al Villanueva 42 and roll my ankle in the conditioning test at training camp, it’s irrelevant. I think the fun of football is still a feeling in my life and I love the sport and it’s been something that I’m really grateful.”

If there are such things as jinxes, hopefully karma trumps it in Villanueva’s case. If there’s any one player on the Steelers roster this year that deserves to avoid a jinx, it’s him. Regardless, at least we now know that he was previously a very superstitious player and that it seems like he’s moved on from those characteristics.

Also let it be known that Villanueva, who will start his fourth training camp with the Steelers on Wednesday, just hosted another free youth football camp this weekend at Fort Belvoir, VA.