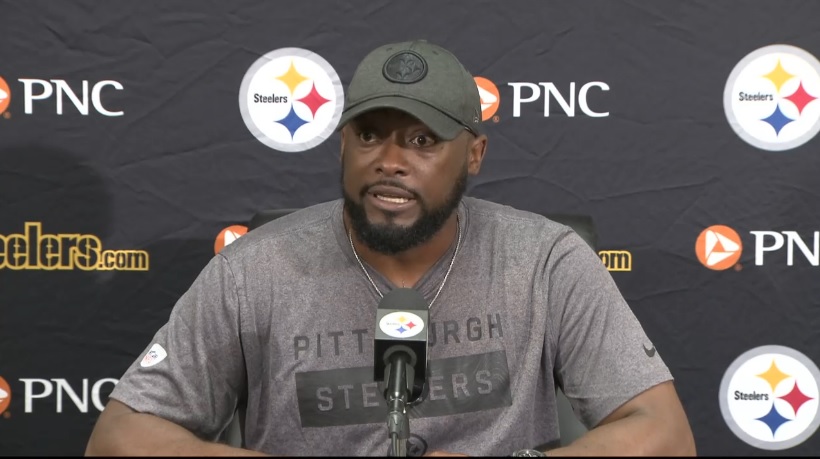 Every training camp has its fair share of roster turnover, new faces on the roster. The 2018 Pittsburgh Steelers aren’t any different. But the position they got the biggest facelift? Definitely safety, nearly turning over their entire roster, making it a group to keep a keen eye on these next couple weeks.

“I’m looking forward to seeing all the guys,” he told reporters at today’s press conference. “Particularly the news ones, the ones I haven’t worked with before in a professional setting in a padded setting. Really an opportunity to show themselves in that way, the physicality of the game, particularly the safety position. It’s an element of play. I’m excited about seeing them all. We have some guys who are new at the position. Nat is new to us, Morgan is new to us, Marcus Allen. It’s going to be an active, active training camp for that group”

Throw Edmunds into the fresh faced group, and that’s four of the seven safeties on the roster who haven’t taken a snap as a Steeler. The only ones returning are Sean Davis, Jordan Dangerfield, and Malik Golden. Dangerfield didn’t play a snap in 2017 and Golden didn’t spend the regular season with the club, signed back on a futures deal when the season ended.

It’s hard to expect what to get from that group. Not only from how well they play but where they’ll play too. Will SDavis open up at FS? Who is the first dime defender? How much does Morgan Burnett move around? Who is the backup free safety? All questions that, honestly, I couldn’t give you a straight answer.

That’s one of many aspects to watch out for in tomorrow’s practice but for me, it’s at the top.

In that comment, Tomlin made his expectations clear. Be a physical bunch. That’s the type of player the team targeted in the offseason. Berhe and Allen are missiles, Edmunds made some impact plays in college, and Burnett profiles as someone who thrives the closer he is to the line of scrimmage. They’ll get to show that part of their game Saturday, when the pads come on for the first time.