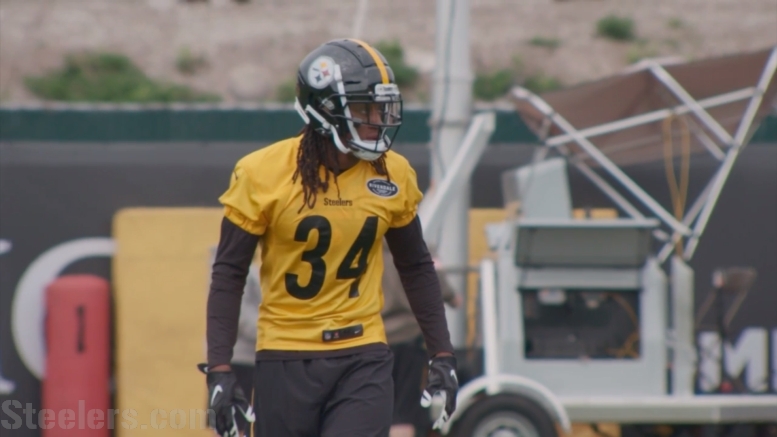 I know some fans were concerned that Terrell Edmunds still hadn’t signed his rookie contract, which he finally inked yesterday. Reporting to camp today, Edmunds said he never thought it would result in a holdout.

“It wasn’t an issue,” he told reporters, including WPXI’s Chase Williams, who tweeted out the interview you can find below. “I wasn’t really concerned. I knew my agent and the team, the organization would have everything down pat. So I was just ready.”

Edmunds told reporters he already had his car packed and ready to go even before signing the deal. The four year contract, with a fifth year team option, is worth $10.7 million over those four years. He also received a $5.8 million dollar signing bonus.

Rookie contracts are far less complicated under the current CBA where contracts are already slotted. Most hangups can be over offset language, though Edmunds says he left all  the details up to his agent and the Steelers organization.

“That’s a good question to ask everybody. My agent, Coach Tomlin, and Mr. Rooney. I was trying to stay out of it the best way I could. Just focus on football.”

Focusing on football made the process easier for him to handle, removing himself from the situation until he got word the deal was done.

“Honestly, I just kept working out,” he said when asked if it was difficult to wait. “Kept on doing my thing. Let the people in the higher seats handle all that.”

With his contract behind him, Edmunds can move his full attention to camp. He told reporters he’s excited to feel the Latrobe atmosphere with teammates telling him how packed the stands get during practice.

Fans will also get to watch how the Steelers will use him. Expect him to run with the second-team during tomorrow’s practice and get use in dime, should team install and run it Thursday afternoon.