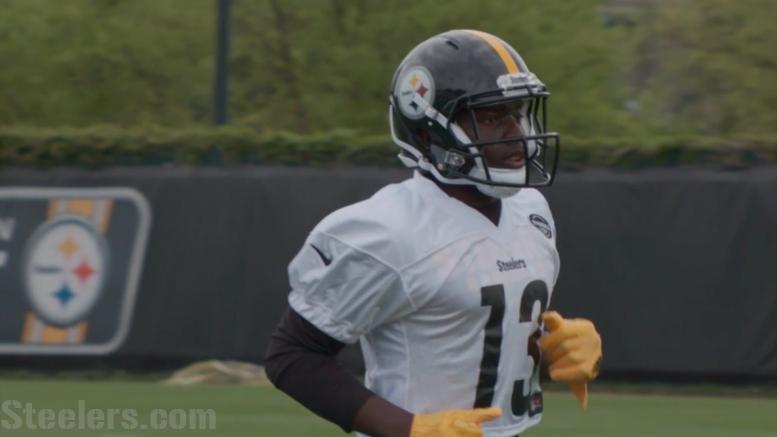 With a little less than 9 weeks remaining before the start of the 2018 NFL regular season, it’s hard to imagine New York Giants running back Saquon Barkley not ultimately winning the annual league Offensive Rookie of the Year award. After all, Barkley figures to get more than enough playing time that should produce a good amount of rushing and receiving stats. Even so, Barkley, for one reason or another, might not ultimately win the award and below are recent odds from mybookie.ag for other players in consideration of which two of them are Pittsburgh Steelers.

Steelers wide receiver James Washington, the team’s second-round selection this year and the 60th overall pick of the draft, is currently listed at 55/1 odds to win the 2018-2019 Offensive Rookie of the Year award. Steelers quarterback Mason Rudolph, who the team drafted in the third-round this year, obviously has much longer odds than his former college teammate does as he is listed at 120/1 to win the same award that Ben Roethlisberger won in 2004.

Washington’s path to winning the 2018 Offensive Rookie of the Year award is very clear and it starts with him needing to catch at least 70 passes for well over 1,000 yards. Those kinds of stats will certainly be challenging for Washington to produce as the Steelers No. 3 wide receiver. The last wide receiver to win the NFL’s Offensive Rookie of the Year award was Odell Beckham Jr. in 2014. He caught 91 passes for 1,305 yards and 12 touchdowns during his rookie season and did so in only 12 games.

As for Rudolph’s chances of winning the Offensive Rookie of the Year award in 2018, he would likely need a repeat of the Steelers 2004 season. In short, Rudolph would need Roethlisberger to go down to a season-ending injury early and that’s something none of us hopes happens.

The last Steelers player to win the Offensive Rookie of the Year award that didn’t play the quarterback position was wide receiver Louis Lipps in 1984. Lipps, who was drafted by the Steelers in the first-round that year, finished his rookie season with 45 receptions for 860 yards and 9 touchdowns. Prior to Lipps winning the award, running back Franco Harris won it for the Steelers in 1972 after rushing for 1,055 yards and 10 touchdowns during his rookie season.