Shot #1 – Steelers outside linebacker T.J. Watt, along with his brothers J.J. Watt and Derek Watt, want to make sure you beat the heat and stay hydrated this summer as part of a new Gatorade “PSA” series of entertaining commercials. If the the three NFL Watts aren’t enough, their father, a former firefighter, gets in on the action as well. Watch the three videos below.

Shot #2 – Steelers Hall of Fame wide receiver John Stallworth is celebrating his 66th birthday today. In celebration of his birthday, below is a copy of an article Phil Musick wrote on Stallworth for The Pittsburgh Press in August of 1974, the year the wide receiver was drafted by the Steelers in the fourth-round out of Alabama A&M at the urging of the late Bill Nunn. This is a great story. 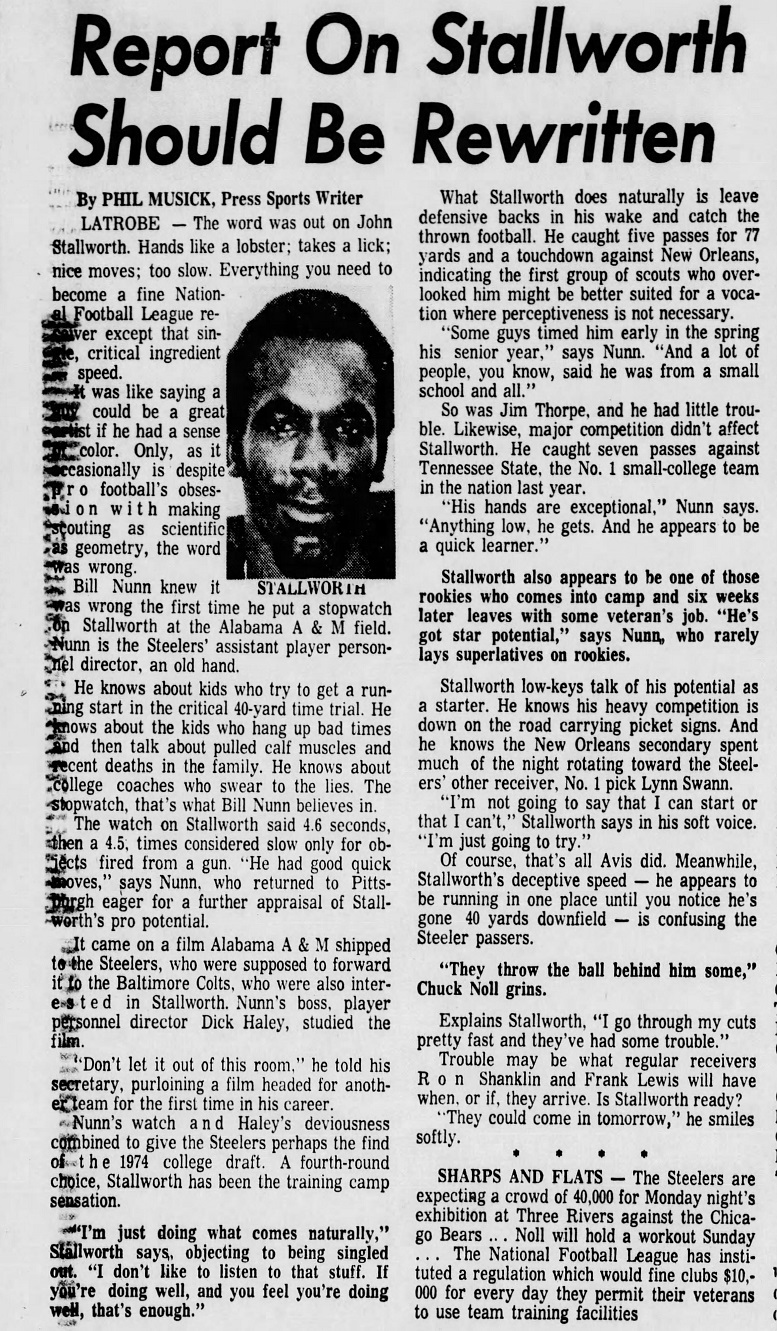 Shot #3 – Steelers wide receiver JuJu Smith-Schuster was a guest on NFL Total Access this past week and if you missed it, you can watch it below.

Shot #4 – Steelers quarterback Joshua Dobbs was a guest on 105.1 ESPN Radio in Chattanooga this past week to talk about his faith and a few other topics. The interview begins around the 27:20 mark.

Shot #5 – According to recent post by Pro Football Focus, Steelers quarterback Ben Roethlisberger was graded last season as the second-best in the NFL the second quarter as he reportedly registered 15 big-time throws, compared to just three turnover-worthy throws.

Big Ben attempted a deep pass (20-plus yards) on 19.9 percent of his throws (second highest) and connected for a total of 1,324 yards in the second quarter despite being subjected to 10 dropped passes.

Ben Roethlisberger was one of the best QBs in the NFL last season in the second quarter! #SteelerSpotlight

Shot #6 – The esteemed and well-respected Andrew Brandt had a great article on Sports Illustrated this past week in which he explained the differences in NBA and NFL player contracts and he offered up some recommendations for the latter for the future.

Here’s what NFL players have to do if they want contracts as cushy as their NBA counterparts https://t.co/QcveiacPwE

Shot #7 – It won’t be too much longer until annual fantasy football drafts start back up and with that in mind, below is a cheat sheet that takes into account defensive points allowed in 2017, PFF’s offensive line rankings, strength of schedule by grouped weeks and more. It’s worth downloading as a pre-study tool.