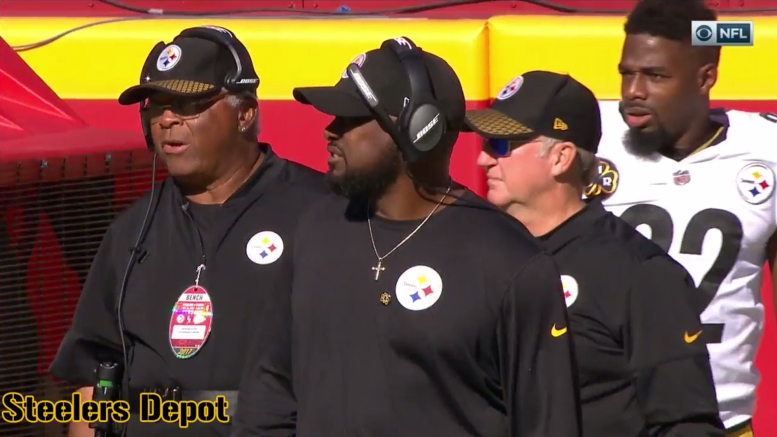 The Pittsburgh Steelers and their fans were in for a treat over the course of the past several years with the wide receiver position being placed in the hands of the great Richard Mann, a man who had a lengthy and accomplished career before he even came to the Steelers.

And why did he come here in the first place? After all, he had essentially already been retired at that point, after having had a virtually unbroken string of employment extending back decades.

It was because of Head Coach Mike Tomlin, he said recently, that he decided to accept the job offer after the Steelers saw Scottie Montgomery depart to return to his alma mater for a higher-level coaching position.

Mann recently spoke to Mike Bires of the Beaver County Times about a number of subjects, largely reflecting upon his legacy as a wide receivers coach in the NFL. Bires asked him what it meant to be a part of the Steelers for the final portion of his career after beginning his journey in Aliquippa.

“I really appreciate the Steelers organization and Coach Tomlin for getting me out of retirement the first time so I could to finish up here”, he told the reporter. “I finished my career right where I started, in Aliquippa, and I was able to finish here with the Pittsburgh Steelers”.

Tomlin and Mann first worked together a decade earlier when both were members of the Tampa Bay Buccaneers organization. Mann was the wide receivers coach there while Tomlin was cutting his teeth as a defensive backs coach, grilling future Hall of Famers about their technique flaws.

They won the Super Bowl together in 2002. Mann was hoping to win another with Tomlin, which helped to keep pushing him to return one more season. He had already considered retiring after the 2016 season, and probably before that as well.

“I always said that I probably wouldn’t coach past 70”, said the 71-year-old, but he admitted that he still has the passion for the game and the desire to coach. “I still have that itch”. And it was Tomlin who let him scratch it, also getting to work with the best receiver in the game.

And the best head coach in the game, according to Mann as well, or at least the best he has worked with over the course of his decades through a number of organizations.

“Mike Tomlin is the best overall coach I’ve been around when it comes to all three phases of football”, he told Bires. “He’s got his hands in all of it, and to be able to do what he does, you have to put a lot of time into it. He’s smart. He’s doing an excellent job. So hats off to him”.

2018 will be the first season without Mann in a while, but they appear to have found a suitable replacement in Darryl Drake, who has an accomplished history as well. Larry Fitzgerald is his most recent success story, helping the great to achieve three-straight 100-catch seasons in the final leg of his career. He only had two such seasons before then.