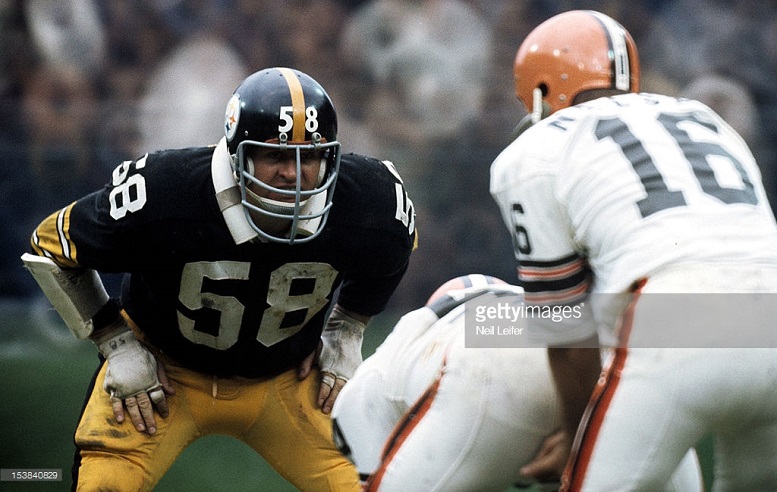 I’ll now continue this series with a look back at the last Steelers player who wore No. 58 before linebacker Jack Lambert wore it and made it famous.

In February of 1970, the Steelers traded wide receiver Don Alley to the San Diego Chargers in exchange for veteran linebacker Chuck Allen and he then wore No. 58 for the team. Steelers head coach Chuck Noll knew quite a bit about Allen ahead the team trading for him as he had coached him at San Diego for several years well prior.

“Allen’s an old hand. He’s been around quite a while. I have an idea he may be able to help us,” Noll said of the linebacker not long after he was traded for, according to The Pittsburgh Press. “He’s had a great career in the AFL.”

In Allen’s first season with the Steelers he played in all 14 regular season games and registered 4 interceptions and two fumble recoveries. However, in his second season he only played in 10 games as torn knee tendons he had suffered required surgery late in the year. While Allen would be back with the Steelers for their 1972 training camp, he was ultimately waived by the team that September.

The Philadelphia Eagles claimed Allen off waivers from the Steelers and the linebacker played in 12 games for them during the 1972 regular season on his way to registering one interception.

After his football career was over, Allen ultimately was named the Seattle Seahawks assistant general manager in 1983 after working for several years in their scouting department since 1975. His career with the Seahawks lasted 20 years in total as he retired after the 1994 season ended. Allen sadly passed way in December of 2016 at the age of 77.

You can see Allen play as a member of the Steelers in a 1970 game against the Cleveland Browns in the video below.