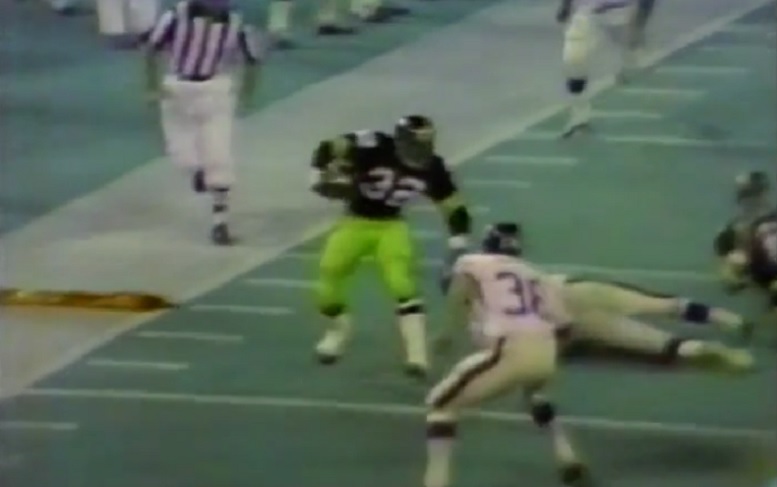 I’ll now continue this series with a look back at the last Steelers player who wore No. 32 before running back Franco Harris wore it and made it famous.

In May of 1970, the Steelers signed wide receiver Hubie Bryant as a free agent. His professional football career had started originally in 1968 with the Cleveland Browns as an undrafted player out of Minnesota and after failing to make their roster he spent two seasons in the Continental League with the Wheeling Ironmen. He almost signed with Montreal of the Canadian Football League in 1970 but he chose to sign with the Steelers instead once given an offer, which reportedly was for $12,000 at the time.

Bryant was an undersized speed merchant having been the Big Ten’s champion in the 60-yard and 220-yard dashes in college. He ultimately made the Steelers final roster that year as a wide receiver and the team’s top punt returner and reportedly weighed in at 5-10, 168-pounds.

Bryant’s rookie season with the Steelers included him catching just 8 passes for 154 yards and rushing three times for another 25 yards. He also fumbled the football three times. In two different games he caught three passes but none of his touches resulted in touchdowns. During the Steelers second half of their 1970 schedule Bryant failed to register any touches and he also struggled with hamstring injuries. As a punt returner, Bryant registered 37 of them over the course of his rookie season for 159 yards with a long of 33-yards and zero touchdowns. He actually led the NFL in punt returns that season.

While Bryant was back competing for a roster spot with the Steelers in 1971, he ultimately failed to win one and was placed on waivers ahead the regular season getting underway. The New England Patriots claimed Bryant off waivers from the Steelers and he went on to register 14 receptions for 212 yards and a touchdown with them in addition to rushing for 1-yard on 4 total carries. Bryant also returned some punts and kickoffs for the Patriots during the 11 games he played in during the 1971 season.

Bryant returned to play with the Patriots some during the 1972 season but failed to make it through the entire season healthy. They placed him on injury waivers early during the 1972 season and he stayed on their reserve list after that. The Patriots waived Bryant for good in 1973 and while he was ultimately claimed by the Houston Oilers, he was soon waived by them and then proceeded to fail a physical with the Chicago Bears. He then played some in the World Football League before finally calling it a career.