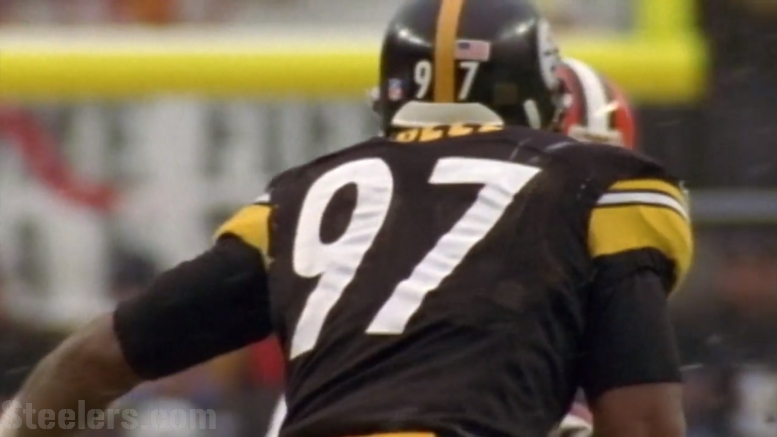 Kendrell Bell might have one of the more enigmatic stories for the Pittsburgh Steelers over the course of the past couple of decades. A second-round pick in 2001, the inside linebacker had an excellent rookie season, named the Defensive Rookie of the Year, recording 83 tackles, nine sacks, and a forced fumble, but he never quite duplicated that success.

Bell spent the first four years of his career with the Steelers, registering 240 tackles, 18 sacks, two forced fumbles, an interception, and six passes defensed, but knee injuries would ultimately derail his career. He played just three games in 2004, and the team ultimately moved on in 2005.

He would play another three seasons in the NFL with the Kansas City Chiefs, but in looking back at his career, he realizes that it was never the same, and that it was a special opportunity to be able to play for the Steelers.

“That’s what I learned after I left here and went to another team. I thought about it”, he told the team’s website. “The culture was different on the other team. I can remember being in Pittsburgh and everybody hung out together…There wasn’t anybody with a big head or acting like they were better than other players. The camaraderie was just so good. I can’t really explain it”.

Bell played during a period in which the team was run by players such as Jerome Bettis, Hines Ward, and Alan Faneca on the offensive side of the ball, and Joey Porter, Jason Gildon, and Earl Holmes on the defensive side.

He said that he spoke about this to Lee Flowers, the team’s starting strong safety at the time. “You knew the guys who loved the game and the guys who didn’t”, he said. Or in [Flowers’] words, who was just playing for a check. We really enjoyed, I really enjoyed the time here experiencing that. Those are some of the best memories I have”.

Bell said that he was surrounded by players who loved the game because that was how the locker room and the organization was built. “I don’t think the culture here allowed for it anyway. If a guy came in and he was a narcissistic person, the culture kind of pushed a person like that out. That’s what I loved”.

I suspect that many in our community are getting ready at this point to punch their keyboards and rail against the loss of that culture in the development of certain personalities on the team right now. I don’t know that it’s an unfair criticism. Even select comments made by certain players even seemed to hint at it over the past year.