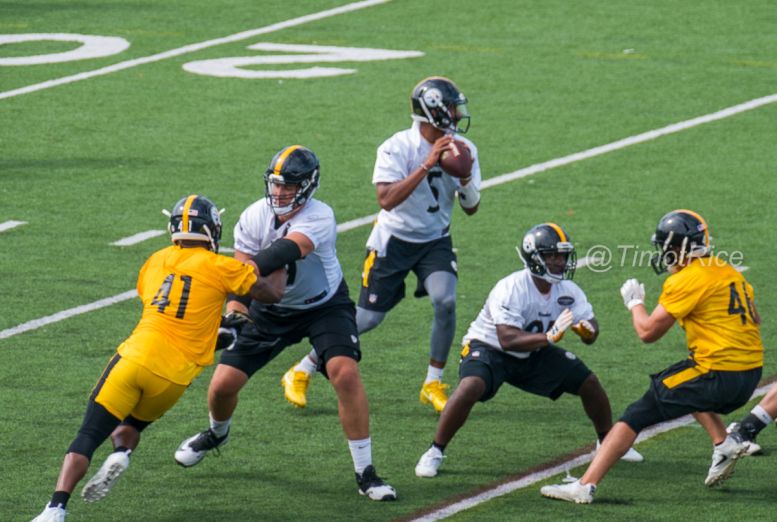 Camp sleepers. Literally all 32 teams and their fanbases think they have “the” guy. The one who will turn heads, surprise the world, and make an impact this year. Often times, yes, it’s all false hope, because that’s what the summer is for, but sometimes, it works out. Look no further than Mike Hilton last year, an unknown heading into camp and practically a starter coming out of it.

Is there a Hilton in camp this year? The odds are against that but here are seven guys looking to share that success.

Patrick Morris/C: Probably the guy I’ve talked up the most during the offseason. It’ll be tough for him to reach Hilton status, a starter, for obvious reasons, and even the 53 is a tough nut to crack. But I think Morris will impress in a big way. Not blessed with great size but a tremendous athlete for the position with good hand placement, functional strength, and guard/center versatility. A more athletic version of B.J. Finney, who stood in his shoes only a couple years ago. Now, he’s believed to be the heir to Ramon Foster.

Marcus Tucker/WR: Tucker is the dude I’m sure you’ve heard about the most this year. A former tryout player who has been stuck on the practice squad, a lack of depth and his own development gives him a shot to make the main roster in 2018. Tucker may not be a master of anything, though he offers above average YAC ability, but he’s the back-end-of-the-roster receiver who can do it all. Play outside, inside, serve as a gunner on special teams, and return kicks. From that standpoint, his resume is more impressive than anyone fighting for that #5 spot. If there’s a year to claim it, this is it.

Tevin Jones/WR: Jones is highly unlikely to make the 53 but there’s some DHB in his game. Good size, long strider, good speed (though not nearly as fast as Heyward-Bey) and someone who regularly covered kicks and punts in college. I chose Jones over Trey Griffey and Damoun Patterson because I like Jones as a better athlete than Griffey and he has better size than Patterson.

Greg Gilmore/DE: Gilmore shouldn’t be forgotten in the Steelers battle for the 6th – and final – defensive line spot. I like his versatility more than Joshua Frazier or Daniel McCullers and he had a great 2017 season at LSU, recording 7.5 sacks. Has the size, length, and productivity to make an impact.

Farrington Huguenin/OLB: The Steelers are hurting at their OLB depth, allowing a guy like Huguenin to grab the spotlight. Keion Adams is the popular name in this group, and I get why, but Huguenin had an impressive camp last year before fading off at the end, perhaps to running out of steam after those grueling Latrobe camps. Certainly don’t write his name in pen for the 53 but I hope he carries over what he did last year.

Matthew Thomas/ILB: Another one of the offseason’s most popular names. I’m lower on him than most but I’d be remiss not to include his name on the list. With his athleticism and physical tools, he’ll make some plays. It’s a matter of staying consistent and reading his keys. Worried all the window dressing the complex NFL brings is going to fool him and get him out of his run fits or biting on playaction.

Malik Golden/S: Another guy who will have a tough time making the 53 man roster with all the new faces at safety. But despite being a late add, signed the day before camp last year, he enjoyed a successful preseason, showing ability to make plays on the ball and a willingness to tackle. I think he’ll have a good camp and at worst, make the practice squad.

Matt Wile/K-P: Here’s a name you don’t hear very often. Wile has no shot to make the team but he’s interesting as a rare kicker and punter wrapped up into one. That’s what he did last year with Arizona and as the only other specialist on the roster, I assume he’s doing it again. It’ll be something unique to see, at least.