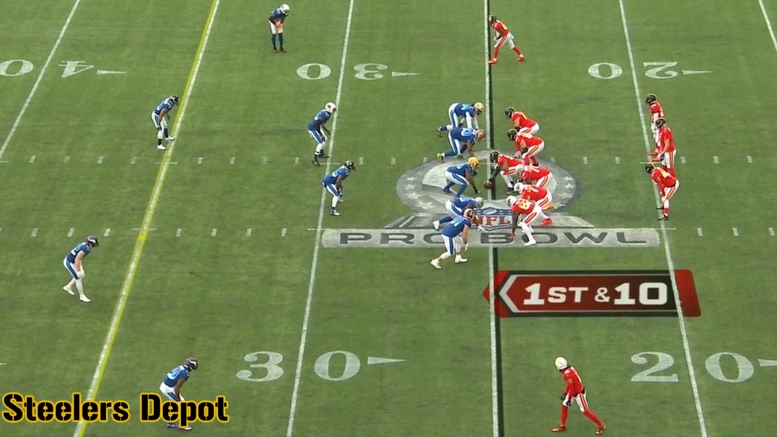 The Pittsburgh Steelers won 13 games last season. They competed in the AFC Championship Game just a season ago. They sent 10 players to the Pro Bowl this past year. They have the ninth-most talented roster in the NFL, according to NFL analyst Gil Brandt. And the New England Patriots are not even in the top 10, despite having the greatest talent evaluator in history in Bill Belichick, according to Patriots fans.

“The Steelers basically have a Pro Bowl-caliber player at every position on offense other than tight end — and even there, I think Jesse James is an emerging player”, Brandt wrote to start things off. And already I must quibble a bit. If I was going to mention a tight end ready to emerge, it would be Vance McDonald, who really could be Pro Bowl caliber.

“It’s tough to find a more imposing set of triplets than Ben Roethlisberger at QB, Le’Veon Bell at RB and Antonio Brown at WR”, he continued, and this is what many people argue about. The Steelers are too top-heavy in talent, right? They have the Killer Bs, but what else? Well, seven other Pro Bowlers, for one thing.

The veteran analyst also threw out this bit about the team’s replacement for Carnell Lake. “Defensive backs coach Tom Bradley, meanwhile, is going to further help the defense”, he wrote. “He could be a coordinator somewhere”. Bradley is in his first season in the NFL despite having a long coaching tenure at the college level.

So if the Steelers, who have “Pro Bowl-caliber talent at every position on offense other than tight end”, and a number of talented players on defense, are only ranked ninth in terms of roster talent, who are the eight teams that are ahead of them?

It probably shouldn’t be a shock that the defending Super Bowl champions, the Philadelphia Eagles, are on the top of the list, and to be fair, they do have a very talented roster. Even a quarterback, where their backup just won a Super Bowl MVP award.

The Jacksonville Jaguars were listed second, and the Los Angeles Rams third. Both teams ended playoff droughts this past year, Jacksonville doing so primarily with defense. They defeated the Steelers twice, eliminating them at home in the Divisional Round of the playoffs.

The remaining five teams ahead of Pittsburgh are the Minnesota Vikings, the Tennessee Titans, the Los Angeles Chargers, the New Orleans Saints, and the Atlanta Falcons. Most of these were playoff teams a year ago, and have had a great draft class within the past two years, at least on paper. The New York Giants were ranked 10th.