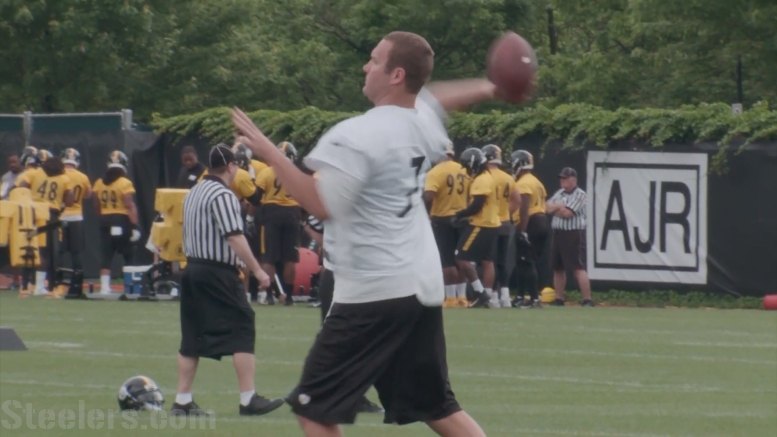 After missing the last seven OTA practices, Pittsburgh Steelers quarterback Ben Roethlisberger was back on the field with his teammates on Wednesday.

Roethlisberger reportedly told the media at the conclusion of Wednesday’s OTA session that he missed previous practices because of a family vacation he had scheduled long before the offseason practice schedule came out.

Roethlisberger did say on Wednesday that his missed OTA time created “an awesome opportunity for other guys to get reps,” according to Aditi Kinkhabwala of the NFL Network. He added that the team is not calling plays right now so there is no process of acclimating to new offensive coordinator Randy Fichtner in his new role and that process will take part during training camp.

Ben Roethlisberger says his going on vacation these last two weeks created “an awesome opportunity for other guys to get reps.” Says #Steelers not calling plays right now so there is no process of acclimating to new OC Randy Fichtner in his new role – says that’s in camp.

While Roethlisberger was back to work on Wednesday, it doesn’t sound as though wide receiver Antonio Brown was present. Brown has now missed the last seven OTA practices. The Steelers will close out their 2018 OTA practices on Thursday and it will be interesting to see if Brown returns for that one.

The Steelers annual mandatory minicamp will take place next week and that will be followed by the start of training camp six weeks later.