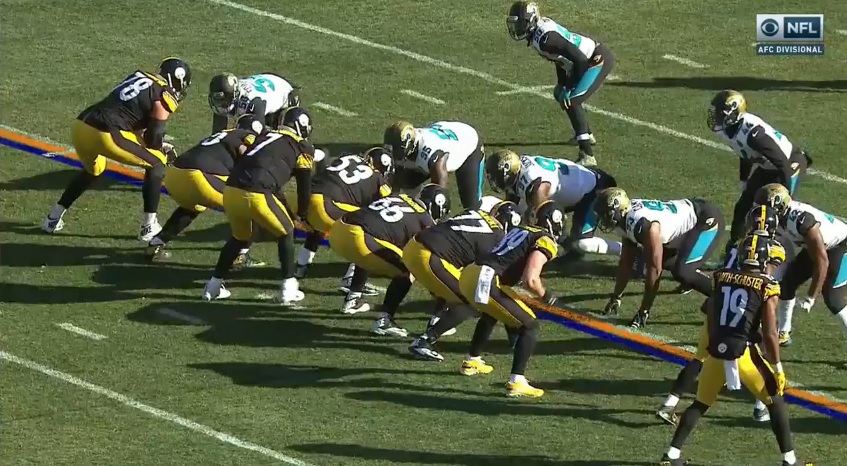 Randy Fichtner isn’t guaranteeing he’ll use Ben Roethlisberger on QB sneaks this year. I hope you have your pitchforks ready Pittsburgh. Scratch that – you always do.

Ed Bouchette had a nice profile on the man in charge of running the Pittsburgh Steelers offense in 2018, interviewing him on the first day of mandatory minicamp.

Fichtner was generally non-committal to any changes, though that’s likely him opting not to tip his hand. But he admitted that ideally, the less abuse Roethlisberger takes, the better.

“We’ll have to find out that,” Fichtner told Bouchette and the PPG. “I don’t want to see him get touched, to be honest with you.”

The lack of a sneak was argued plenty last year after the Steelers struggles in converting on 3rd and 4th and short. No more was it highlighted than in the playoff loss to Jacksonville when Pittsburgh failed to convert 4th and 1 twice, Haley opting to run a toss and playaction pass instead. That was despite Roethlisberger’s strong track record of converting sneaks; Big Ben would later say the decision was totally out of his hands, putting the blame on Todd Haley, whose contract wasn’t renewed after the season.

Roethlisberger hasn’t run a sneak since November of 2015, when he went 2/2 against the Seattle Seahawks.

Fichtner’s goal will be to keep Roethlisberger upright and healthy. Without #7, all plans for a Super Bowl go out the window. That could mean continuing to choose against sneaks, especially with a strong offensive line and best back in the league that should, in theory, get the job done.

We won’t know Fichtner’s choice until the moment it happens. Roethlisberger certainly won’t run any sneaks in camp or the preseason. There’s no value in that.

And if there is no QB sneak in the playbook, fans are certainly going to make their displeasure known. At least, they will if the plays Fichtner calls instead don’t work out. It’s practically law in Steelers Nation: when things go wrong, blame the OC.