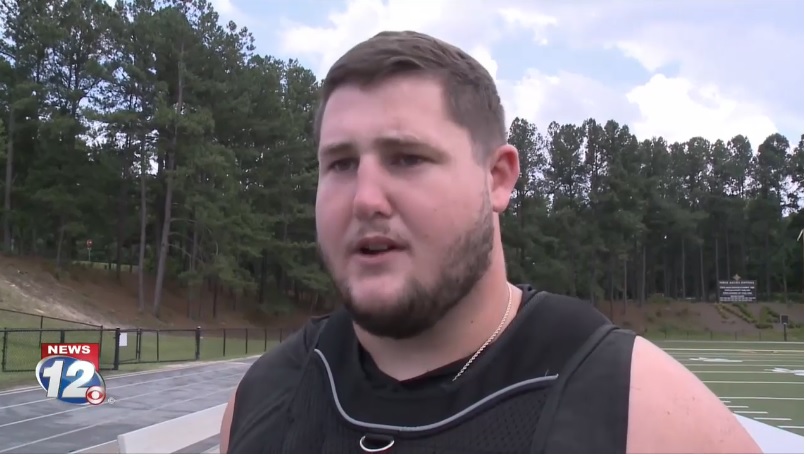 Jerald Hawkins’ season-ending quad injury has made the Pittsburgh Steelers offensive line a little more interesting. Instead of asking if Matt Feiler was on the roster bubble, the attention can turn to if anyone can replace Hawkins on the 53 man roster. Parker Collins’ odds might not be great but he’s learning as much as he can from those around him to maximize those chances.

Speaking to local news station WRDW, Collins credited Maurkice Pouncey as one of those teachers.

“Just kind of the mentality approach of practice and everything,” Collins told the station. “Just how hard he goes and everything and working with him in practice makes me go equally as hard and he’s been somebody great to learn from.”

Pouncey is one of the longest tenured Steelers, trailing only Ben Roethlisberger and Ramon Foster while tied with Antonio Brown, entering their 9th year in the NFL. Arguably, he’s the best center in the league and someone who has been at the top – a first round pick – and the bottom – recovering from a nasty knee injury that could’ve ended his career.

It’s a critical group to learn from. An established starting five who have all earned second contracts in the league along with the best teacher a player could ask for in Mike Munchak. Collins mentioned him, too.

“Also, the coach, Munchack, he’s in the Hall of Fame as well, and he’s been great in installing the system and everything.”

It’s unclear where the Steelers will initially have Collins line up seeing as how he played all three interior spots at Appalachian State. His ticket is in that versatility, just how Kelvin Beachum, Foster, and Chris Hubbard have made the roster before him. In the article we wrote on Collins back in April, he did seem most comfortable at left guard so that’s a possible starting point.

Even if he doesn’t make the 53, which seems likely, there’s typically two practice squad spots up for grabs. An impressive showing from Collins this preseason could keep him around for awhile.