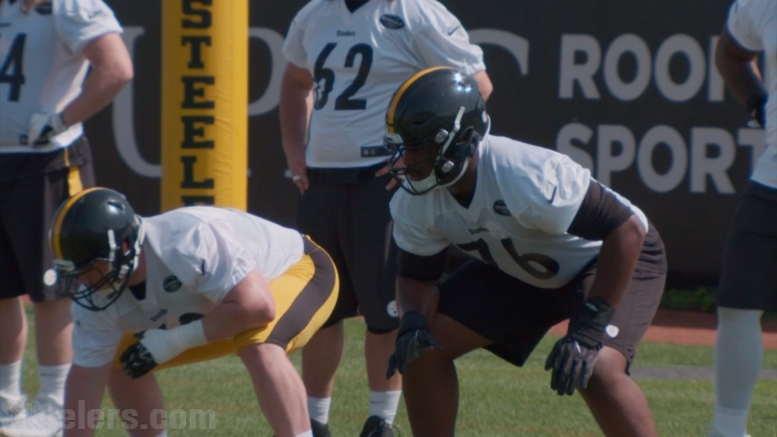 Chukwuma Okorafor could be counted on for a larger-than-anticipated role following Jerald Hawkins’ season-ending quad injury. And the Steelers, as they often do, are making sure the rookie is versatile.

According to an article from Teresa Varley of Steelers.com posted earlier Tuesday afternoon, Okorafor confirmed he’s played left and right tackle during OTAs.

Seeing time at either tackle spot isn’t new to his football career, even one that’s young relative to most players at this point in his career. He played left and right tackle at Western Michigan, initially starting his college career on the right side and then flipping to the left his junior season.

Soon after he was drafted, Mike Munchak confirmed he envisioned a swing tackle role for him, though also noted that Okorafor was more comfortable on the left side, no surprise considering that’s where he spent the most – and most recent – time at WMU.

For Pittsburgh, and I imagine most other cities, having that versatility is critical and how most backups get their foot in the door. Matt Feiler is being turned into the next Chris Hubbard, receiving center reps in the spring. B.J. Finney can play all three spots along the interior. Hubbard made his career out of being able to see work at all five spots. Ditto Ramon Foster before he settled in at left guard.

Typically, the Steelers will work linemen at one spot during the first week of camp. And then flip sides during the second week. I haven’t mapped out much of the training camp roster yet but here’s a possible look at how the first, second, and third-team offensive lines will look, working left to right.