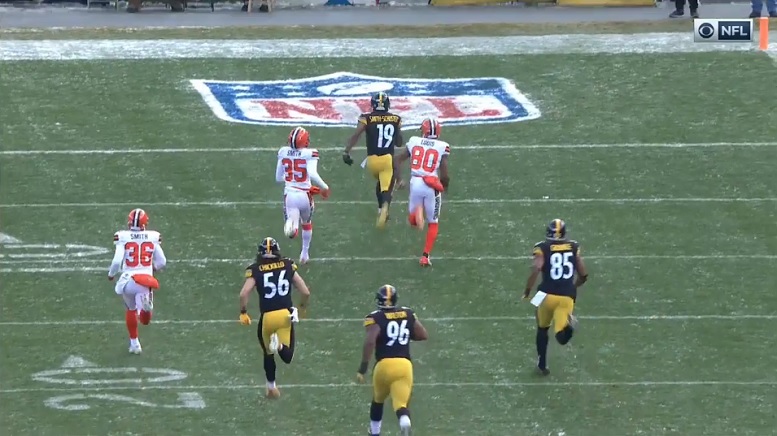 We know the NFL made some noticeable changes to kickoffs as a one-year trial run in 2018. No more of a running start. Nearly the full elimination of any wedge. Putting both sides closer together to reduce the violent collisions that occur when two bodies slam into each other after a 40 yard head start.

That’s caused several players to compare kickoffs to a punt. Tarik Cohen sounded excited about the change, himself a naturally shifty player more suited for punts.

“It’s pretty cool,” Cohen told the Chicago Sun-Times in late May. “It’s more one-on-one blocks now, so it’s really going to be like a punt-return vibe, that you have to depend on your one-on-one blocks. No wedges.”

Kansas City Chiefs special teams coordinator Dave Toub, one of the best in the business, agreed.

The distance between the front line and the kickoff return team is so tight that when they run down the field, it’s a lot like a punt,” he said in an ESPN article. “They’re running together. You’re pushing people on the side and you don’t have those big collisions. That was the main thing in our proposal.”

That begs the question – will the Steelers philosophy change? The reason, and it’s been frustrating to fans, to see bigger, slower guys on kickoffs is because they prioritized toughness on kickoffs because of their violent nature. For punts, it didn’t matter as much so the shiftier, smaller players got the nod, like Antonio Brown or Eli Rogers.

JuJu Smith-Schuster still sounds like the leading candidate for kicks after having success as a rookie but I think the rules will at least open the door for others to get a chance. Primarily, it’s good news for Quadree Henderson, the tiny gadget player who otherwise would’ve likely been used only on punts prior to the rule change.

Now, I think – or would like to think – Henderson has a better shot at doing both, which would be a monster boost to his value and odds of making the team.

Henderson did both at Pitt at a high level. Four kick return touchdowns, three of them in 2016, and another trio on punts. Ideally, the Steelers, who are sometimes too rigid with their return philosophy (or just screw it up entirely), will decide to be more flexible. That’ll maximum the return-capable guys on the roster whether that’s Henderson or maybe even players like Eli Rogers and Cam Sutton.