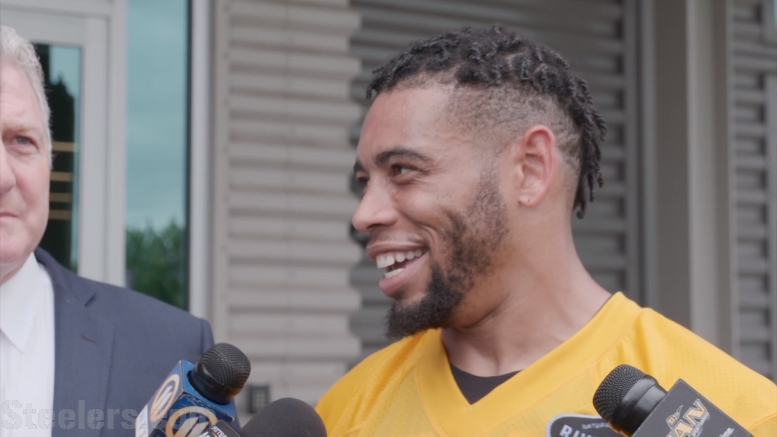 It would have been kind of difficult for Joe Haden not to naturally slide into something of a leadership role in the Pittsburgh Steelers’ secondary, given the number of young players in key roles. The ninth-year veteran just signed with a team that had three first- or second-year starters, and he was taking over the spot of a third-year starter that they ended up trading end bringing him in.

The value of Haden as a leader was only amplified this offseason after the Steelers released their three most-veteran and longest-tenured defensive backs on the roster in William Gay, Mike Mitchell, and Robert Golden, though they did later add a pair of veterans in Morgan Burnett (especially) and Nat Berhe.

Right now, Haden is the only player with more than two years of NFL experience, aside from Coty Sensabaugh, who has played a down for the Steelers. It naturally falls into that leadership role. Fortunately, it’s one that he’s not only willing but eager to take on, because it’s the same thing that he experienced when he was a young player in the league.

“I love it because I had Sheldon Brown when I first got to Cleveland, and Eric Wright, and those dudes never ever hid any information from me”, he told reporters during OTAs when asked about how he felt about being the veteran leader of the group after he signed with the Steelers just before the season started. “They always made sure I was good, that I knew what was going on”.

That is a similar remark to one that Landry Jones made recently about why he is so willing to be a mentor to the young quarterbacks on the roster in Joshua Dobbs and rookie Mason Rudolph. He said that Bruce Gradkowski was there for him during the early part of his career, so you just want to give back what you received.

“At the end of the day it’s competition, but the best man is going to win”, Haden said about the dynamic of aiding the same players who are looking to take your job. “You want to make sure everybody can put their best foot forward. We just have a lot of young dudes that love the game and just want to be better so if they have any questions and ask me, I’m not trying to hide any information”.

Part of the ability to do that is also rooted in self-confidence, believing that no matter what you teach a player, you can still beat them out because you are skilled. And even if they may not be able to surpass you with what you’ve taught them, it will still have made your team better, or have made that player better, if he ends up somewhere else.

“I want them to be the best that they can be, because even if you don’t make this team, going on, they’ll be able to have that stuff for other teams”, he concluded. I think that’s a very healthy attitude and one that doesn’t get embraced enough.

We see too many headlines about players not wanting to help other players at their position, but when these stories come up, they don’t receive as much attention, either from the media or from the consumers.