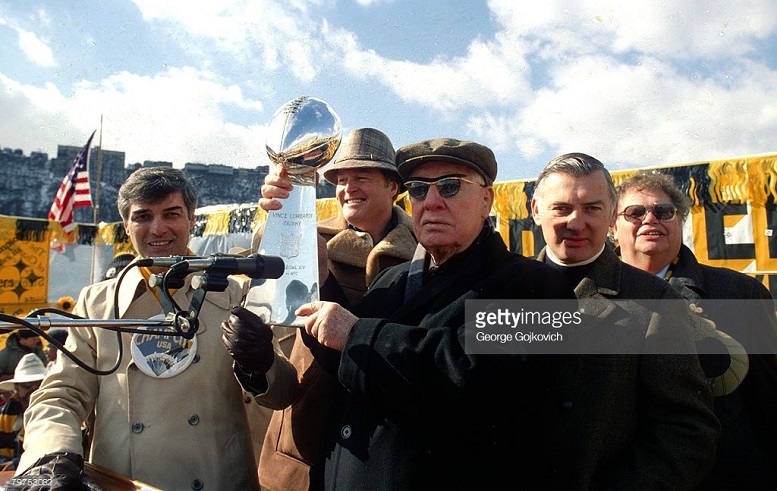 Pittsburgh Steelers team president Art Rooney II took time out on Father’s Day to be a guest on The Talk of Fame Network podcast and if you have an extra 12 minutes, you should certainly listen to it in its entirety.

During the interview, Rooney shares a few short stories and talks about what it was like growing up as the grandson of Art Rooney Sr. and the son of Dan Rooney. He also discloses during the interview what ultimately led to him becoming a lawyer.

Also during the Sunday interview, Rooney was asked to name a main thing he learned about running an NFL franchise from either his father or grandfather and if either gave him advice over the years that still sticks with him to this very day.

“You know, I learned a lot from them, obviously, and hard to kind of pick one thing out, but certainly having the respect for the game,” Rooney said. “And my dad, my grandfather were both people that their attitude toward the game really was to kind of stay out of the way and let the coaches coach and the players play. And that was their approach to things and just tried to make sure that you get the best people, surround yourself with the best people you can and, and let them do their job. And that certainly is something that I feel like is an approach that I still try to take. I mean, I spend a lot of time with our coaches, Coach [Mike] Tomlin, but I don’t try and call any plays.”

Rooney also talked about how he learned a lot about how to approach life from his grandfather.

“He was a very down to earth person and really loved people and treated people the way he wanted to be treated and just trying to be as good a person as you can, Rooney said of The Chief. “And obviously he was a very faithful man to his religion and he certainly tried to pass that along to all of us as well.”