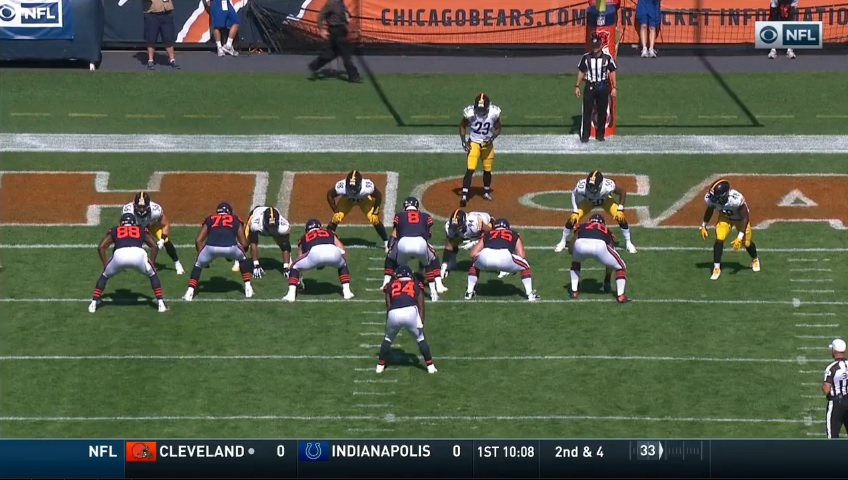 The 2017 edition of the Pittsburgh Steelers brought many highlights for sure. Their 13-3 record was a personal best for head coach Mike Tomlin and their most wins since going 15-1 in 2004. The offense also soared to new heights, featuring a 4000-yard passer, a 1200-yard rusher and a 1500-yard receiver. But while the highs were high, the team’s lows were too detrimental, scarring what could have been a superb season. The Steelers were one and done in the playoffs, being upset by the Jacksonville Jaguars and the team also featured one of the NFL’s worst red zone defenses.

Just how bad was the Steelers’ red zone defense last year? Well the team’s red zone scoring percentage was a whopping 65.9%, meaning that the defense allowed touchdowns on every two out of three red zone trips. This would rank second highest in the NFL, with just the Cleveland Browns ahead of the Steelers with 67.4-percent. Essentially, the Steelers red zone defense was just marginally better than the 0-16 Browns. But though the Steelers were able to avoid dead last in this manner, they wouldn’t in another category.

From 2016 to 2017, the Steelers defense had the NFL’s worst regression in red zone defense. 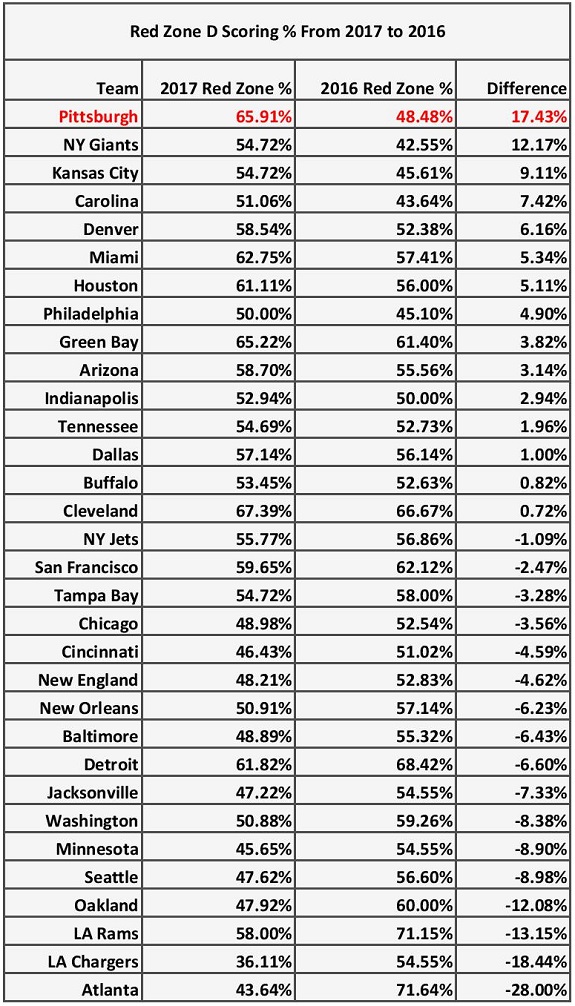 In 2016, the Steelers posted a 48.5 red zone scoring percentage, good for fifth best in the NFL. A year later, the same team minus a couple pieces, sunk to near rock bottom at 65.9-percent. The regression between the two years was the worst of any franchise in the NFL over the last two seasons. The New York Giants were the only other team to post a regression percentage in the double digits and the effect showed on their record. The Giants went 11-5 in 2016 but came crashing down to 3-13 this season.

While it is incredible that the Steelers were able to improve on their 11-5 record in 2016 despite their poor red zone showing, it is not a recipe for sustainable success.

The Steelers allowed the Jaguars to go five for five in the red zone in their divisional round home loss. The week prior, the defense allowed the 0-16 Browns to go two for two in the red zone. This was a red zone defense that not only broke down during the season’s closing stretch but completely imploded. During the months of December and January, the Steelers’ red zone defense allowed opposing offenses to go 17/20 (85%) in scoring touchdowns.

While the Steelers employ enough offensive super power to overcome their lackluster red zone defense, eventually that luck runs out, as the team learned last January. With a new season on the horizon, improving the red zone defense will definitely be one of the team’s biggest goals.