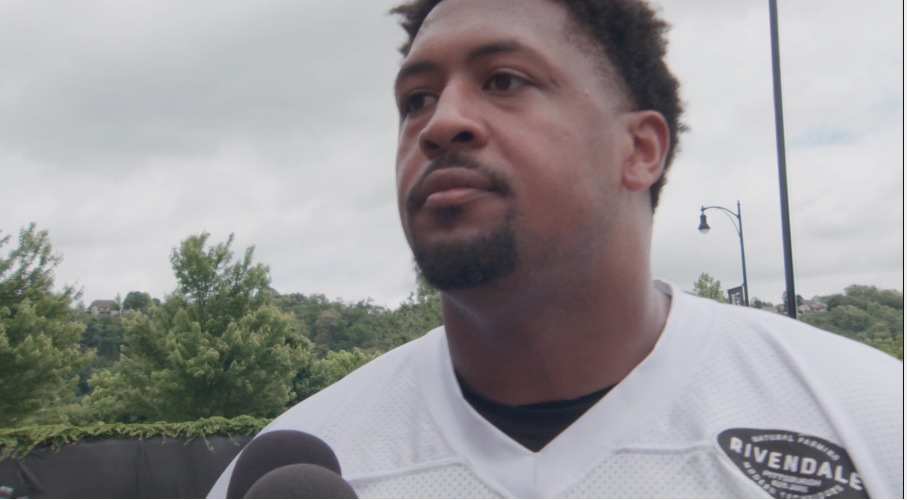 It may be early into the 2018 season but so far, Ramon Foster likes what he sees. In an interview posted to the Steelers’ team site, Foster said he’s watched an active team through the first two practices.

“Very active, very active the first two days,” Foster said. “Guys are at it. And it’s appreciated. And it’s not just being active, it’s good work the last two days. Guys are really showing up and showing we have a different type of team.”

Asked to follow up on what makes this team “different,” Foster said communication and a commitment to it is evident.

“The communication. The way guys are moving around. The coaching aspect of it. It’s not just coaching in the meeting room or coaching on the film.”

That communication, or lack thereof, was one of the biggest problem areas this team faced last season, as we’ve written about almost daily since the Steelers were bounced in the first round by Jacksonville. The reality of how much the team has actually improved in that area remains to be seen but so far, things sound promising. At the very least, everyone in the organization now realizes the problem it was, even if it’s frustrating it happened far too late.

What we wrote before the Steelers played Jackonsville came true.

“The point of all this is to say if the Steelers falter in the playoffs, it’s probably going to be because of the secondary. You can’t afford to have those types of breakdowns this time of year.”

To be fair, it wasn’t all on the secondary. Communication errors could be found throughout the entire defense and a lot of that can be chalked up to the loss of Ryan Shazier, though Sean Spence knew the defense well enough to run it and was the driving reason behind starting him over L.J. Fort, Arthur Moats, or anyone else.

That’s what the additions of Jon Bostic and Morgan Burnett hope to change. And for the good of the team, they better.