Madden is as close to the real thing you can get without strapping on a helmet and shoulder pads yourself. Not only between the whistles but now, in its touchdown celebrations.

EA Sports released several screenshots to promote Madden 19, announcing Terrell Owens as its cover athlete. One of them showed JuJu Smith-Schuster’s “kamehameha” attack, blasting his offensive linemen to the ground. Similar to what Smith-Schuster did last year.

Now, it looks like you can do it in-game. 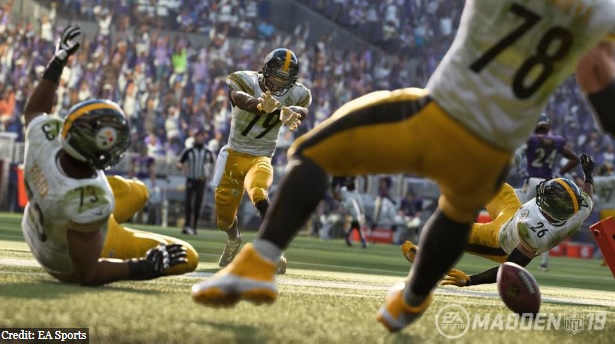 It’s a reference to Dragon Ball Z’s Goku famous attack, a show I’m guessing JuJu grew up on. So did I (and if you want to talk about the newest episode of DBZ Super, I’m game to do it in the comments below).

If I had to guess, I think JuJu would call it “lit.”

Madden 19 will be available to buy August 10th. IGN has a couple more details about the release if you want to read more.