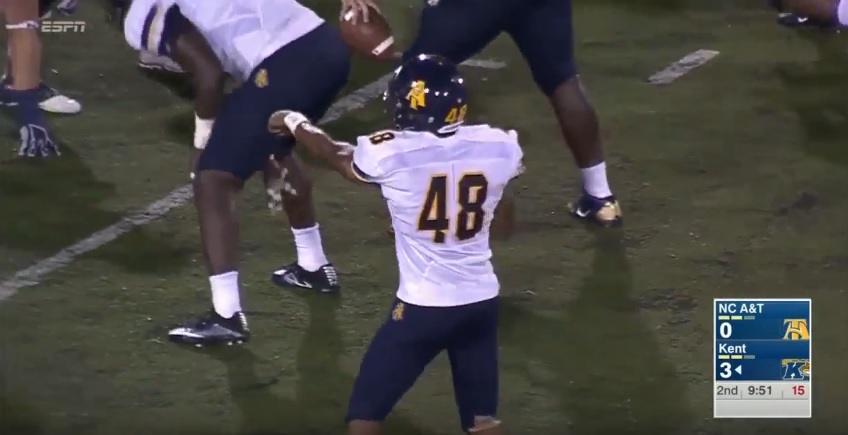 First, let us know how it went for you in camp?

I enjoyed it. I think it went really good.  I flew around the field and had a good camp. It was just great to be a part of it – to be in Pittsburgh and get this opportunity. I was glad I got to experience it and got a lot out of it.

How did you end up in Pittsburgh for a tryout?

Who did you work with most in camp and what did they tell you?

Terry Cousins and Tom Bradley – they just said we all had a great camp and that this was going to be the group they go to if something happens and they need someone. They’ll be calling people this week to tell them if they made the cut or not.

What did you do well, do you think?

I also have natural instincts to get to the ball. I can break it down – it’s common sense, really. Just knowing when to jump on routes – on slants. I can pick that up and help teammates versus just running with my man through the slot. I can close underneath – in between zones. I also think I have good man matchup techniques to help there as well.

What do you think you need to improve on?

I guess everyone has something. I guess getting turnovers. We only had three in camp – including two on the last day by the corner from Middle Tennessee State [Mike Minter Jr.] and one on the last day.

Who did well in camp – who stood out?

James Washington – I liked his work ethic. he was a hard worker and made me work really hard in coverage. I know he had a couple of big plays down the sideline – they tried me there too but it was incomplete. I couldn’t let that happen!

Tell me more about your special teams work as that is a big part of a rookie’s chance to make the team?

I played both defense and special teams in college. If the ball moved I was playing – every snap counts. I played all over in college as a coverage guy. As a gunner, tackle, kickoffs, one through five…on punts, setting up the wall….

Lastly, tell us a bit about you as a person – off the field?

I love football. I think I’m very fun to be around and bring a good, positive vibe no matter the setting. I don’t take every day lightly – you may not be here to see the next day. I have fun and don’t overthink things. In the end, for me, it’s just football. You know what you have to do, it’s just a matter of doing it.

And, I just like getting to know people. I made a lot of friends here. And you never know, I may see them later, down the road.