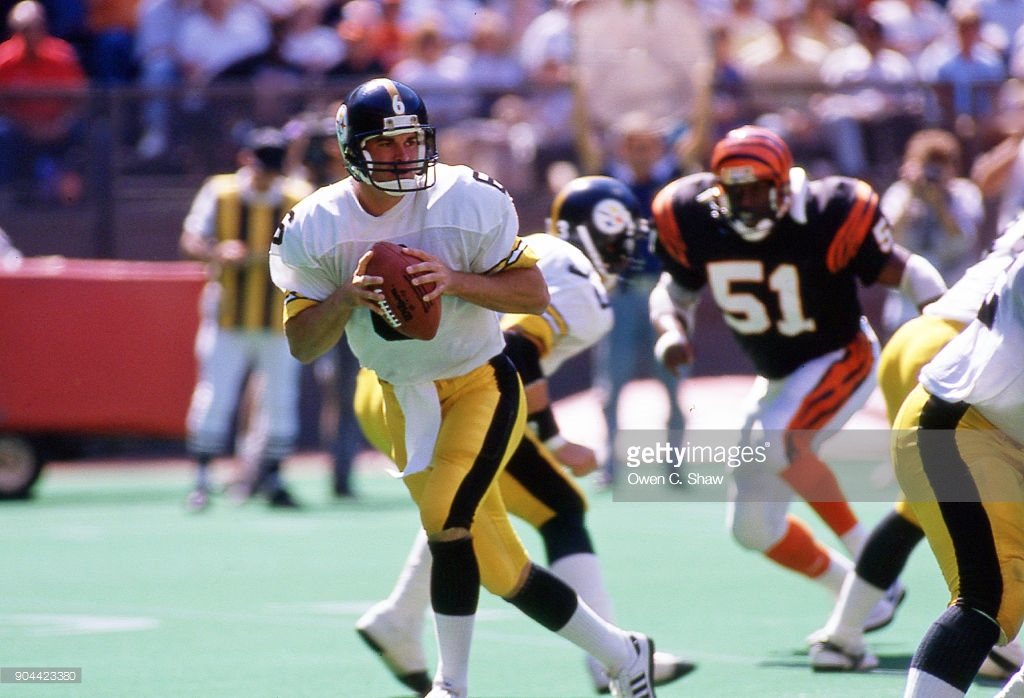 First, I know you have your hands in so many things since you retired. Tell me a bit about from the three-hundred foot level on what you’e been working on that you want readers to know about?

When I was out of football I moved from Denver to Southern Louisiana and have been there since 2002. I’ve been in the oil and gas business – I started by working for a man named Bill Jenkins.

I’m now at Troy Construction in Houston in the pipeline industry. It was hard to leave Bill but it was a career move to work at one of the best pipeline construction companies. I’ve been blessed to work for some great people and organizations – the Steelers, Broncos and Bill Jenkins. In Pittsburgh I met a lot of great people and a lot of them helped me to make this transition.

Tell me about that transition – how hard was that for you?

I was blessed to make that transition out of football. I also worked part-time when I first left with Tim Anderson working at hunting conventions. I hunt and fish all the time and Tim helped me make that part of my career transition. He and Scott Wilson were big out of the gate for me. I did a lot of work with them – I’m a big Mossy Oak guy!

The NFL now has programs to help when players start planning for that transition. But it was tough for me. I didn’t know what I wanted to do at first. Few players know what they want to do. I did work for a few weeks at Fox SportsNet but Bob Griese and Coach Shanahan were still there. I played for and with them and I didn’t feel comfortable talking about those guys and who was to blame when something bad happened.  I also just didn’t want to talk about football any more.

I went full circle – back to the woods. I felt my way through until I found the right fit then met Bill Jenkins. He taught me the oil and gas business and I’ve been in that now a long time.

Looking back on it, when you were drafted by the Steelers, were you surprised?

Not really. Tom Moore came down to visit me and I could tell he was interested. I had a great workout and we had a great relationship. But during the draft the Rams owner called me and said they wanted to take me with their second round pick. I was excited that I could go in the second round. But they were trying to trade for Jeff Kemp from San Francisco and it didn’t work out, so they said they’d take me in the third round. But Pittsburgh picked me first.

I was elated. My uncle was a coach at Louisiana Tech when  Bradshaw played there. I couldn’t have gotten drafted by a better organization.

Did anyone help mentor you when you got there?

I was the one to mentor other guys like O’Donnell and Culpepper. I didn’t have that person. Malone was the starter but they let him go so I didn’t have that player. I ended up having to start as a rookie on Monday Night Football. I was a nervous wreck!

Tom Moore helped me a lot. And then Merril Hoge got there and he and I became good friends. We climbed the ladder of the ups and downs and still talk every week. His son is a quarterback now too.

You were also an accomplished baseball player. Why Choose football?

Baseball was my first sport actually. I was drafted by the Tigers. I gave up my scholarship at Alabama after I was signed by Bear Bryant to play baseball. I got to the pros but they wouldn’t let me pitch. I was a good athlete but everyone is a good athlete in high school. The last guy I spoke to about pitching was Jim Leyland. I told him I would leave and go back to school if I couldn’t pitch. He told me they drafted me as an every day player, so I left.

And guess what? Four years later I ran into some guy in the locker room in Pittsburgh. It was Jim Leyland. He asked who I was and we laughed. I could play quarterback for the Steelers but couldn’t pitch for the Tigers!

I’ve had eight surgeries from football and a number of concussions but I wouldn’t change a thing.

Was it frustrating for you hearing the comparisons between you and Bradshaw, both being Louisiana quarterbacks?

Not as frustrating as it was for Mark Malone. It was tough because it was a team in transition. The organization was getting rid of the guys that won those Super Bowls. And they were trying to get the salary cap down.

They were still trying to field a team with the best players they could find, but it was tough. A lot of young guys trying to play. And the AFC Central had the Bengals who were in the Super Bowl, Cleveland who was one fumble away from one, and Houston who was tough as nails. If we won eight or nine games we were happy. And I was also one quarterback removed from Terry Bradshaw  too, so that didn’t help.

How competitive were the quarterbacks with one another, and was it frustrating vying for playing time?

Mark was frustrated because he was injured and then I got drafted. Then I blew my knee out and Neil O’Donnell came in.

John Stallworth, who caught my first pass, told me something I always think about. He said “Bubby, it’s not the matter of how long until or when you get cut, just how long you  can postpone it.”

I thought about that. I looked up to John, Even as a backup I wanted to enjoy it. My knee was better but it wasn’t in the cards by then. Neil and I became friends. When I went to Minnesota Daunte Culpepper and I were close – I was more like a coach than a teammate.

I actually talked to Mark Malone before the Denver playoff game some years ago. We had a great conversation – he always liked Arizona. I told him I would call him sometime – it was a shame we didn’t get time together in Pittsburgh. It happened so fast. It would have been better if I had two-to-three years to learn and transition .

How was your relationship with Chuck Noll?

I felt closer to Chuck than most people. Tom Moore helped. He would always tell me to go talk to Chuck if I had a problem. Chuck was very private and I was always intimidated by him. But I walked into his office and that made a big difference.

What did he tell you?

I asked him what it would take for me to become the starting quarterback of the Steelers. He told me what he needed me to do and what he expected. That helped me to know what to do. Most players work on what they are best at,  but that doesn’t help you correct the issues. He told me he wanted me to work on reading coverages better.

Any fun stories of your time in Pittsburgh?

I do remember offensive lineman Brian Blankenship – he was our long snapper, and I was the holder sometimes. Before games he would make bets with the other team during warmups that he could, while on one knee, throw the ball over the goalposts from the fifty yard line. He was a 6’2″, 315 pound lineman. It was always funny seeing him gambling with the other teams’ players trying to make some money. And he was always able to do it. It was really sixty yards becaase of the endzone.

I didn’t hunt a lot then. I lived on a twenty-acre lot near North Park too – deer everywhere. I don’t know why. I guess we just didn’t have the time except in the offseason. We were just trying to get better every week. It was very taxing. No time to hunt. When I was backing up John in Denver I’d get the occasional day off and could hunt sometimes then. But when you’re playing .500 ball it’s tough.

It was hard,  but I knew it was time. When Cowher came in he wanted his own people. I got that. I felt it was time. But it was tough…I was with those guys for seven years, I thought they were getting to the point where they were starting to win more. But every time you go to different teams it’s tough. That’s the NFL I’m just happy I was there for as long as I was.

Lastly. What advice would you give a young quarterback entering the NFL today?