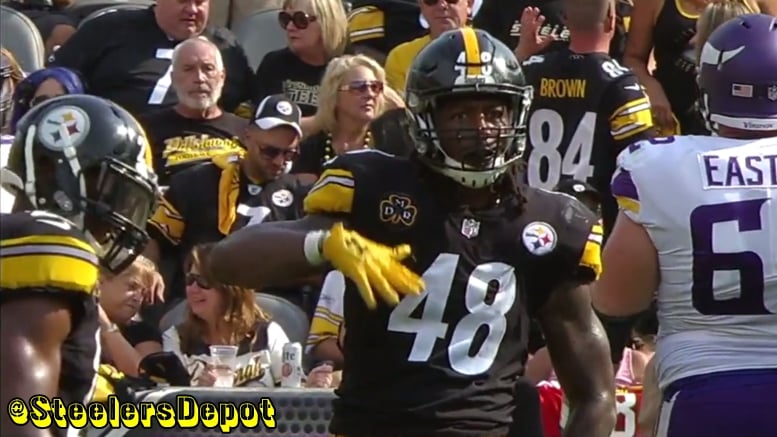 Topic Statement: Outside linebacker Bud Dupree will have his best season in 2018.

It’s not a hard position to buy into, actually, because Bud Dupree’s previous high-water mark in terms of performance isn’t really that high, so to post his best season next year is not in and of itself a great achievement.

Last year, for example, the former first-round draft pick posted a career-high six sacks over 15 games. His rookie counterpart on the other side of him posted seven sacks. While Dupree did record several stops against the run, he also missed tackles.

The fact that he should be healthy is the best argument in his favor, and the best reason to buy into the statement. He hasn’t played healthy since his rookie season. Dupree missed most of 2016 after having sports hernia surgery and recovered through playing.

He suffered a shoulder injury late in the offseason that resulted in him missing the first game of the season and had him in the weekly treatment program for about a third of the season, with lingering side effects thereafter.

Determining what season is best is subjective though. It would be unfair to go purely by sacks. While he put up better numbers in 2017, I thought he was more effective both as a pass-rusher and against the run in 2016. Of course he was limited to a handful of games.

Did his play suffer as much as it did last year because of the shoulder injury or has he simply not progressed? If it’s the latter, then there is no reason to anticipate that we should see a meaningful improvement.

The Steelers will be using this season to determine whether or not Dupree has a future here. While they picked up his fifth-year option, they are liable to let him go if he does not perform. And, like with Jarvis Jones in his fourth season, if he doesn’t perform, he could end up being demoted, or at least he could revert back into a rotation rather than a player who’s on the field for 90 percent of the snaps.