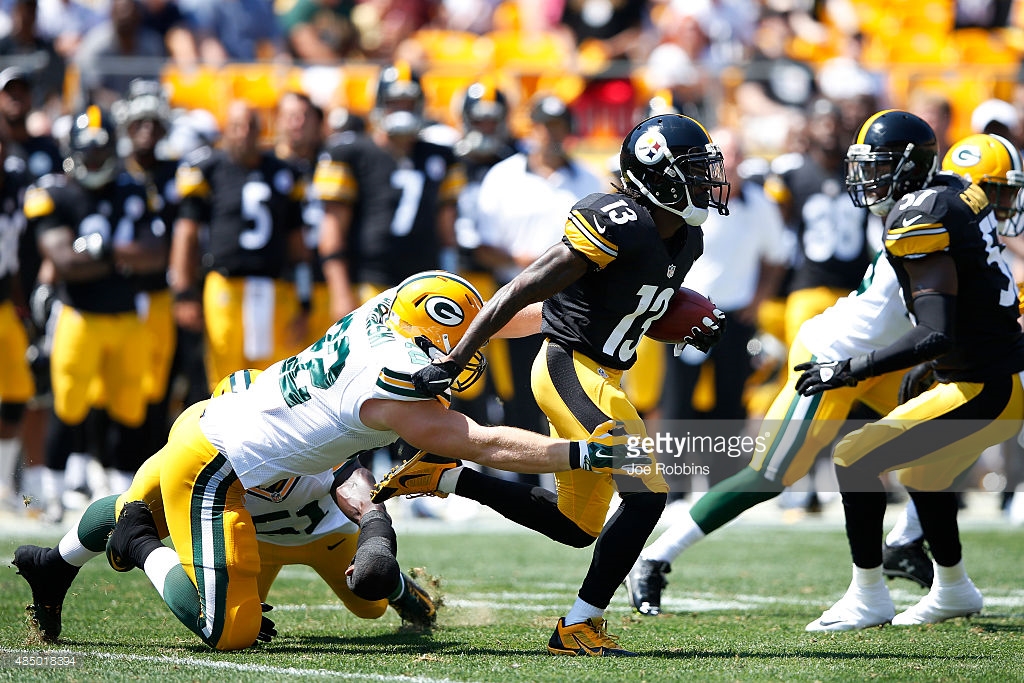 Back to exploring some of our pre-draft Pittsburgh Steelers’ studies. Two years ago, we viewed the Steelers’ small school selections on a macro-level compared to the rest of the league and found out Pittsburgh has one of the lowest rates of drafting players from the FCS level.

Today, we’re going to tweak that focus a bit. We’re going to look at the Steelers alone and expand our definition of “small school” to anyone not in the Power 5. We know overall, they prefer to take players in the Power 5, especially early, but let’s put some exact numbers on it.

We’ll chart since 2007 when Mike Tomlin joined the war room. Here’s every non-Power 5 player they’ve selected, the year, and the round.

Over the last 11 drafts, the Steelers haven’t selected a non Power 5 player in the top two rounds. In fact, you have to go all the way back to 2004 for the last time either happened, when they did it in the first and second round, selecting Miami Ohio’s Ben Roethlisberger and Tusculum’s Ricardo Colclough back-to-back.

For this, I did look at the rest of the league. Pittsburgh is only one of three teams not to take a small schooler in the first or second round since 2007. Houston and Washington join them and both have taken one with their second selection, though they didn’t come in the second round. In that respect, Pittsburgh still stands alone.

With the exception of his first two draft classes, Tomlin has taken at least one small schooler in every draft. As the numbers indicate, they often come late, nine of the 17 are in the last two rounds, but we’ve seen it begin in the third round, too. Javon Hargrave, Dri Archer, and Emmanuel Sanders are all examples of that.

Basically, once you get into the third round, the Steelers’ draft board really opens up. And you can – and should, really – project one non-Power 5 player in each mock draft. Of course, none of this guarantees anything. Pittsburgh could still take someone like Leighton Vander Esch in Round One (remember, they were going to take Houston’s William Jackson III back in 2016), or they could not take anyone outside the Power 5, depending on how the draft goes. But it’s important to know the “rules” if you’re going to break them.

Also of note – Pittsburgh taking non-Division One players is still really rare. Just three of those in the last 11 years – Hargrave, Nick Williams, and Cortez Allen. I would still recommend staying in D1 when going outside the Power 5 and if you do drop into the FCS waters, find someone with excellent college production (like Hargrave).

As usual, these are trends, this are history, and it does tie into an overall philosophy of preferring players who have gone up against top competition, in theory, making an already difficult evaluation less messy. Certainly, there’s causation here, not just correlation.