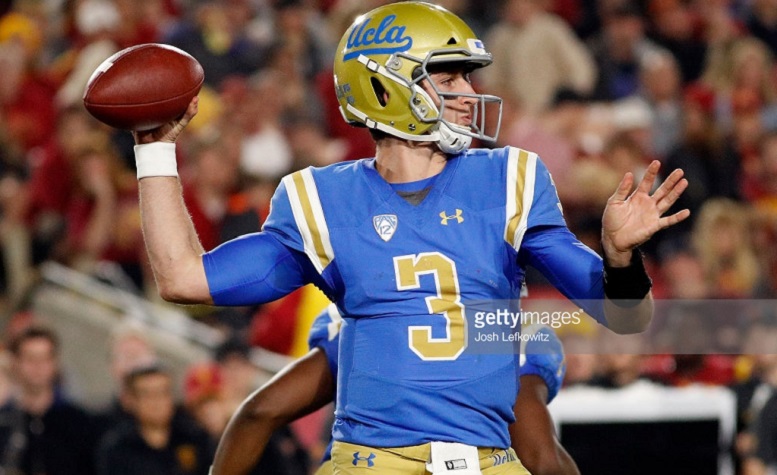 It’s almost always the case that the worst teams in the league are the ones with the top pick in the draft. It usually takes something out of the ordinary such as a trade for there to be a deviation from this. And every year we hear talk about players not wanting to play for a bad team.

Who does want to play for a bad team, of course? Nobody does. Everybody wants to be on a good team. But it’s incredibly rare that a player ever actually does anything about it. And it’s unlikely that we see an Eli Manning event happen this year, as Ryan Leaf has advised, when it comes to the Cleveland Browns.

Rumors have recently begun swirling over potential first-overall pick Josh Rosen about the possibility of him attempting to force Cleveland’s hand in either not drafting him or trading him should they go through with selecting him.

He is known in December to have said that he would rather be a lower pick going to the right team than be the top pick on the wrong team, a statement that should be fundamentally obvious. Everybody wants to be on the right team.

Recently, UCLA head coach Jim Mora made some ridiculous comments about millennials that some have attempted to interpret as his efforts to dissuade the Browns from drafting the quarterback, saying that he is not a mental fit.

According to Pro Football Talk, a source of Mike Florio’s denies that there is any attempt by Rosen and his camp to avoid playing for the Browns. In addition, Mora’s comments were in isolation from Rosen and merely expressing his own views.

Florio also writes that the source told him, as the reporter describes, “Rosen will sign with and play for whichever team signs him, whether it’s the Browns or anyone else”. The mileage will vary on this report depending upon how much you trust a Florio source, of course, but the prior reports about Rosen’s intentions have not been well-sourced either.

The PFT head suggests that the recent rumors could stem from a spurned agency, writing that Rosen recently informed one agency that he would be signing with another. The former agency happens to represent the reporter “who first pushed the notion that Rosen doesn’t want to play for the Browns”.

He also seemed to weigh in on the topic a bit later on in the day, wondering why people put so much stock in others’ opinions as though they are facts.

Maybe he doesn’t want to play for the Browns. Few probably do if they actually have their choice, but they don’t, and they just play for the team that drafts them. They still get to play football and get paid for it.

Rosen has already held a private workout with Cleveland and will soon be in for a pre-draft visit, but it’s unclear if he is the quarterback that the Browns are targeting. They have been working extensively with all of the top quarterbacks in the draft and will have their choice from among all of them.