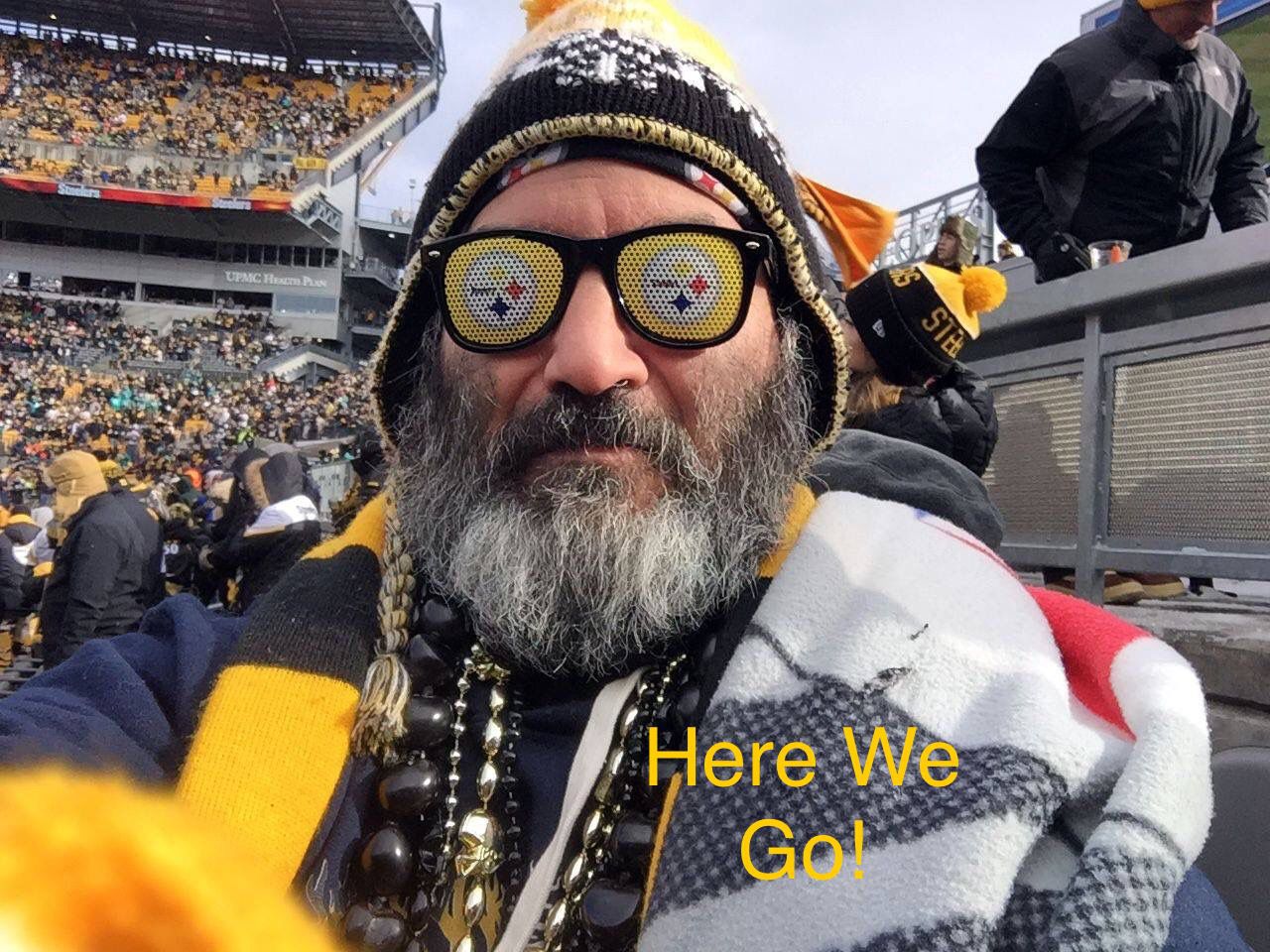 The median age of the U.S. population was 37.8 years in 2015 and is likely closer to 38 now. Less than 40% are 49 or older. If Pittsburgh Steelers fans have a similar age range as the US populations; it means that most of Steelers Nation has only lived through three head coaches of the Black and Gold. Now we, know that Dave Bryan just turned 50, so he is one of the minority who were alive when Bill Austin was the head coach of the Steelers in 1968. Wouldn’t surprise me if Dave could tap into his memories from infancy with recollections of creating a mock draft for 1968 though most fans cannot.

Chuck Noll, the “Emperor.” Bill Cowher, the “Chin.” Mike Tomlin. All three were first time NFL head coaches when hired by the Rooney family. All three were in their mid-30’s: The Emperor was 37, the Chin and Tomlin 35 in their first season at the helm. They each had NFL coaching experience; all three were defensive coordinators and all had experience coaching the secondary before being hired as head coach. Noll and Cowher played in the NFL while Tomlin who was undrafted went right into coaching at the college level. Cowher is a home-grown product playing for Carlynton High School a mere 20 minutes from Heinz Field. Noll a bit further away was from Cleveland. Tomlin is from even further away; Newport News, Va.

WHO WERE THEIR PREDECESSORS?

Most average Steelers fans know the accomplishments of these three; but perhaps are not so familiar with their predecessors. I quizzed my wife who hails from Beaver Falls; and she should not recall a single Steelers head coach from before 1969. She’s busy watching the Penguins pound the Flyers so maybe she gets a pass for being distracted. The very first coach of the Steelers was Forrest “Jap” Douds. At 28 he was easily the youngest coach in the NFL in 1933. In fact, he was still playing. Alex Kozora wrote an article on Jap Douds in 2014 so I will leave you to the link and continue to the second head coach of the Pittsburgh Steelers.

This was the page 24 headline in the Pittsburgh Press announcing the possibility of Albert “Luby” DiMeolo coaching the Pittsburgh professional football team. But this was printed April 24, 1933 before the team officially entered the league which occurred a few months later July 8, 1933.

It appears that Luby was Art Rooney’s first choice to be at the helm for his football team. The article that accompanied the headline noted that Luby had conferred with Art Rooney and Milt Jaffe who was one of two other investors. The reporter also stated that Luby was “receptive to handling the local entry, although he has one of the most lucrative assistant coaching jobs in the East ….” DiMeolo was the line coach at New York University. Apparently, he turned the job down opting to stay at NYU and hoping to land the head coaching job there.

Luby DiMeolo, like his immediate predecessor Jap Douds, was a homegrown product. He grew up in Coraopolis and played football for Bellefonte Academy which was a powerful prep power. He played guard at the University of Pittsburgh and became captain of the 1929 squad after an election that even got coverage in the Pittsburgh Press. That season, Pitt was undefeated before being walloped by USC in the Rose Bowl. Luby received some recognition as second and third team All-American honors his final season.

During his college career, Luby had somehow caught the attention of John “Chick” Meehan who was the head coach of the New York University Violets. Luby graduated from Pitt in August 1930 and then went straight to an assistant coach position at NYU. Then just three years out of college with a sparse college coaching resume; Art Rooney courted Luby DiMeolo to be the Steelers very first coach. Apparently, Luby turned it down in the hopes of becoming the head coach at NYU once his mentors left.

Art Rooney let Jap Douds go as head coach following the 1933 season. There were reports that Pittsburgh wanted to hire Greasy Neale (who had coached little Washington & Jefferson when they went to the Rose Bowl following the 1921 season). Neale turned Art Rooney down to accept a position at Yale. On March 3, 1934 Pittsburgh papers reported that Luby DiMeolo had been passed over for the NYU head coach job. Rooney was reported to have said, “All Luby has to do is say the word and the job is his.” Luby must have said the word since he is addressed as Pittsburgh’s head coach shortly after that.

At 31, Luby DiMeolo became the second head coach of the NFL Pittsburgh franchise. Interestingly, former head coach Jap Douds remained on the roster as a player in 1934. Douds would start in eight of the eleven games he played that season. Luby installed nine new starters from the 1933 eleven. Only two were on the inaugural squad. During the short preseason camp, Luby told then Pittsburgh Press editor Chester L. Smith that, “this bunch may not play the best football in the National League, but it is going to do whatever it takes for 60 minutes without stopping to catch its breath.”

NOT TOO MANY BRIGHT SPOTS

In his sports column called the Village Smithy, Smith opined that, “The least you can say about the squad is that it will be better than in 1933.” Smith reported that Luby would skip football fundamentals in favor of physical conditioning. Not to be as the 1934 squad was 2-10 compared to 3-6-2 in 1933. Future Hall of Famer Johnny “Blood” McNally was acquired from Green Bay but had to have a hernia operation just before the season started. DiMeolo reinstated Angelo Brovelli who had been suspended following the 1933 season and had performed well below expectations. They did win the first game of the year versus the Cincinnati Reds, but the only other win was against the Philadelphia Eagles. Not too many bright spots. Warren Heller was second in the league in passing yardage with 511 but also led in interceptions with 15.

By the last game, versus the Brooklyn Dodgers, the Pittsburgh Post-Gazette reported that, “Football as displayed by the professionals, dragged wearily along to its conclusion in this city yesterday at Forbes Field.” There were only 9,087 paying fans, the smallest turnout of the year. Following the game, part-owner and player for the Dodgers, “Shipwreck” Kelly got league permission for two Pittsburgh players to play for his team to finish the season since they had so many injuries. The players would be reinstated to the Pirates following the season.  Like 1934, the rosters were limited to 22 active players after the third game of the season.

The New York Giants did get permission to use Warren Heller and the Brooklyn Dodgers Jesse Quatse but this was overturned after the Boston Redskins who was scheduled to play both teams protested. Art Rooney always the generous man must have figured that Pittsburgh’s season was over anyway, why not lend a couple players to some teams that needed them to end the season.

Pittsburgh did play one more game on December 2, 1934 which was against a group of local college all-stars led by Duquesne coach Joe Bach as a charity event. Luby is mentioned as not “taking any chances of being hoodwinked by the all-stars.” They were not. The professionals won handily 20-7 in front of a crowd of over 18,000 and a successful charity event. However, by December 11, the Post-Gazette reported that Art Rooney was conferring with Red Grange, the Galloping Ghost to succeed DiMeolo.

So, two years in the NFL and the Pittsburgh football Pirates (Steelers) hired two coaches. Both home grown products that played successfully for local college teams. Both hired as first-time head coaches. One coming in as a 28-year-old player-coach with no prior coaching experience and the other coming in after three short years as an assistant college coach at 31. Both linemen. Which direction would the Chief move in his third season as President of the Pittsburgh Steelers?

Luby had a few more jobs in football but never made head coach again. He first went as a line coach to Westminster College in 1935. He did help coach the local college all-star team that played Pittsburgh in the second Vincentian Center Fund charity. In 1937 he was an assistant coach at Carnegie Tech (now Carnegie Mellon University. Other than some scouting for Pitt and the Steelers that sums up his football career.

Luby does appear in Pittsburgh newspapers in the 1940’s into the 1960’s. In January 1942 right after Pearl Harbor he enlisted in the Navy. He joined a group of athletes led by former heavyweight boxing champion and now Lieutenant Commander Gene Tunney who became physical instructors at various Navy training centers. DiMeolo was appointed a US Marshall in 1955 until 1961. He was an active member of the Steelers Alumni Club serving as its first President in 1959 and reelected in 1960. He also attended Pitt alumni functions and seemed a popular former sports figure in the Pittsburgh area.

Luby had many mentions as a handball and squash player. Playing competitively right up to the end. He died of a heart attack on June 17, 1966 after collapsing just after playing squash at the Pittsburgh Athletic Club. Not the greatest Pittsburgh coach but one that kept his ties to the city, his professional and college team.

I’ll cover all the Steelers head coaches; just to get a glimpse of the Steelers of yesteryear. I’ve tried to figure out the origin of the nicknames for DiMeolo & Douds but have been unsuccessful so far. Let me know if you have any insight on these colorful monikers.