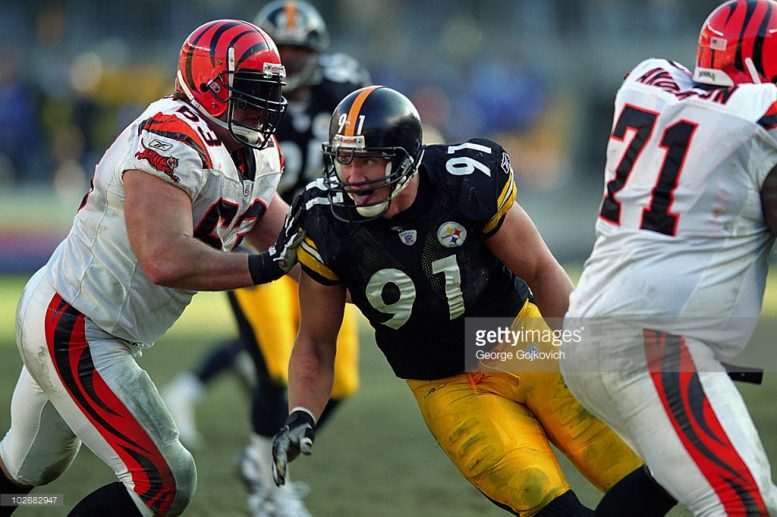 The Colorado Springs Sports Hall of Fame class of 2018 was announced on Friday and it includes former Pittsburgh Steelers defensive end Aaron Smith.

Smith, who played 13 seasons for Steelers, after being drafted by them in the fourth-round of the 1999 NFL Draft out of Northern Colorado, won two Super Bowls with Pittsburgh and was a Pro Bowl selection in 2004. He will always be remembered as a very underrated two-gapping 3-4 defensive end during his career and a model teammate both on and off the field.

“It’s an honor (to be voted into the Colorado Springs Sports Hall of Fame), don’t get me wrong; but success in life means nothing if you don’t have someone to share it with,” Smith said, according to a great interview he did with Brent Briggeman of The Gazette. “And that will be nice. I’ll have my brothers there, my mom will fly out with us, I’ll have my kids and my wife, so sharing it with them will be nice.”

Smith, who reportedly coaches football at North Allegheny High School in Pittsburgh, will be inducted into the Colorado Springs Sports Hall of Fame on October 23 at the Broadmoor World Arena (Colo.).

While it might take a little while, at some point Smith will likely be voted into the Steelers newly-created Hall of Honor.