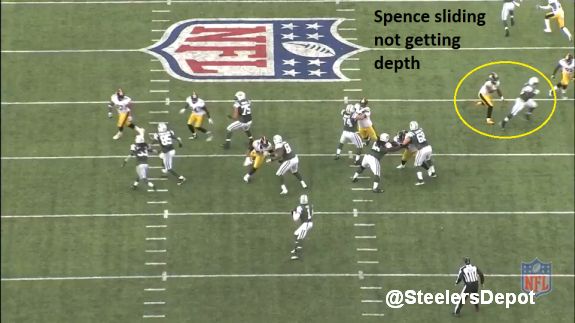 Topic Statement: The Steelers will continue to expand their usage of man-to-man coverage in the secondary.

It had become something of a running gag up until last season, even if some may not have noticed. We heard every year that the team wanted to try to use a bit more man coverage in the secondary, and then by the time they got on the field, the plans were scrapped. Only we did finally see a bit of an increase in the usage of man coverage a year ago.

Thanks in part to that proof of concept, there is good reason to believe that pattern will continue to evolve and expand in 2018. The biggest reason for this is their cornerbacks will be more comfortable running it.

Artie Burns is still 22 years old right now, he’s a young guy, who anybody writing him off is nuts. He’s still learning and growing, and last year was his first as a full-time starter. It was Mike Hilton’s first year on a roster, while Cameron Sutton was a rookie, and Joe Haden just got there despite being a veteran.

There was a lot of change and movement in the secondary last season that will not be as big of a factor this year. There should be an increased sense of comfort that will allow them to use man coverage more frequently in the situations that they would like to use it.

One of the reservations in this declaration is the fact that they have a new defensive backs coach in Tom Bradley, and we don’t necessarily know what he has planned. He hasn’t really even seen these players yet, so he may not know quite what his plans are yet.

Another issue would be a regression to the mean in the Steelers’ pass rush. They had their best pass rush overall in years last year, which helped them run man coverage. There’s that, and then there’s just the fact that we’ve seen this movie before.