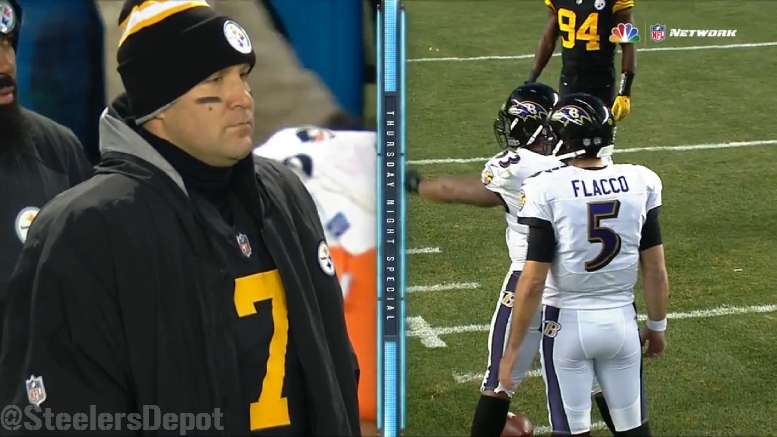 On Thursday I offered up the topic of how many quarterbacks will enter the AFC North via the first round of the NFL Draft, with the over/under being one. We knew the Cleveland Browns were going to do so. We knew there were connections with the Baltimore Ravens and the Pittsburgh Steelers. The number ended up being two.

But the Steelers made it three for the draft to date last night when the opted to trade up three spots to ensure they would land Mason Rudolph, the quarterback that they most heavily scouted in years, when he fell into their range. They presumably felt he was simply too good of a value to pass up at that point even if the position is not a current need (while safety and wide receiver were in rounds one and two).

Is this a signal of what the AFC North is going to look like in four or five years? Baker Mayfield flinging it for the Browns, the Ravens moving on with Lamar Jackson, and Ben Roethlisberger ultimately giving way to Rudolph, as the Red Rifle in Cincinnati continues to fire his bb gun?

Now, obviously the teams made these selections with the belief in the possibility in this exact scenario unfolding. Both Roethlisberger and Joe Flacco are aging, and one can make the argument that each of them are declining, and these franchises are making the attempt to find the bridge to link one championship-caliber run to the next without a big dip in between.

The AFC North has actually been one of if not the most stable positions over the course of the past seven years at the quarterback position, with the obvious exception of the Browns, who I’m just going to ballpark has used about a dozen different primary starters over that span.

But Roethlisberger, Flacco, and Andy Dalton have been the fixed presences, the vehicles that have driven their franchises, for the better part of the past decade (for better or worse). It’s becoming clear that the changing of the guard may well be close at hand.

Of course we don’t actually know how things will play out. It’s entirely possible that none of these draft picks actually pan out, including Mayfield, though he at least is virtually assured the opportunity to try to become the franchise quarterback, with just Tyrod Taylor really to compete with him.

The 2018 NFL Draft has provided us an interesting glimpse into the possible future of the AFC North, and I have to say it’s an odd one that I wasn’t expecting and not quite ready for. It might not be one that we ever see—ideally Roethlisberger continues to play at a high level for another decade, quite frankly—but it’s certainly some food for thought.