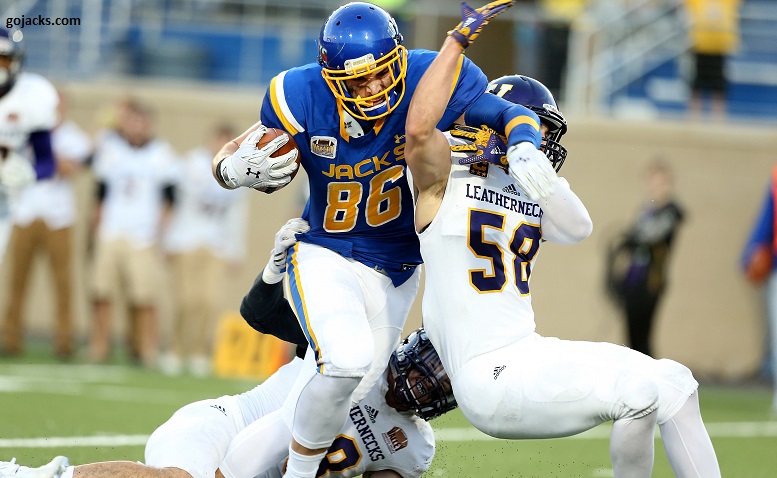 Will the Pittsburgh Steelers draft a tight end this year? It’s possible even though the team is currently expected to retain Jesse James and Vance McDonald for the 2018 season. With that said, we now know the Steelers have met with at least a few tight ends at the NFL combine in Indianapolis this week.

“Yeah, I met with him earlier today,” Goedert said. “He had me draw up some of my plays and he gave me a little bit of his. It was really fun meeting with him.”

By the sound of things, Goedert’s interview with the Steelers was an informal one and thus it’s unknown if he’ll have a formal one while in Indianapolis. Goedert, who measured in at 6045, 256-pounds, registered 198 receptions for 2988 yards and 21 touchdowns during his college career. He said Friday he is not doing on-field workouts during the combine because he’s nursing a hamstring injury he suffered at the Senior Bowl.

In addition to meeting with Goedert, the Steelers also reportedly met with former Washington tight end Will Dissly as well. Dissly, a converted defensive lineman, is considered one of the better blocking tight ends in this year’s draft class. This past season he registered 21 receptions for 289 yards and two touchdowns. He reportedly measured in at 6036, 262-pounds this week.

#UWHuskies TE, converted D-lineman Will Dissly met with #Seahawks last night. Considered one of best blocking tight ends here at combine. Seattle needs 1 or 3 of those. “I would love to stay in Seattle.” Also met with Steelers. @thenewstribune pic.twitter.com/ltrcgh2oCg

The Steelers have also met with Penn State tight end Mike Gesicki as well and that’s not overly surprising. Gesicki, who is considered one of the top tight ends in this year’s draft class, measured in at 6054, 247-pounds. He caught 129 passes for 1,481 yards and 15 touchdowns during his college career.

Mike Gesicki has met with the Steelers and is a good friend of former PSU teammate Jesse James. And, yes, he thinks James made the catch vs. Patriots