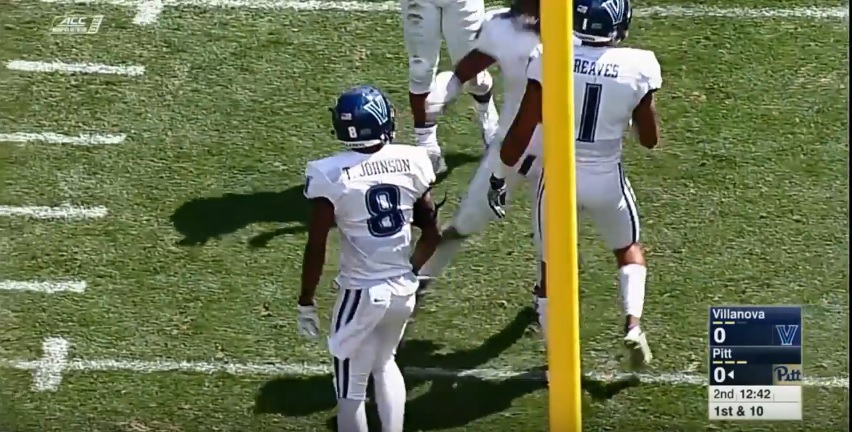 Over the draft process, the Pittsburgh Steelers are going to meet with a ton of players. So it’s not worth getting worked up about every single player, especially the ones projected to get taken late in the draft (the first rounders though, that’s a different story). But if you want a late Day Three pick of UDFA to keep in the back of your noggin’, it might be Villanova’s Trey Johnson.

Met afterward with Giants, Jags, Eagles, Packers, Steelers, raiders, Bears. Under radar but should end up on a90-man roster

As Edholm tweeted, those are some excellent workout times. Pittsburgh isn’t the only team wanting to do a closer evaluation on him, clearly.

Johnson played all four years for the Wildcats, missing all of 2014 with injury. Last season, he recorded 45 tackles, 3.5 for a loss, and picked off a pair of passes.

Underdog Dynasty has a solid interview with Johnson from earlier this month that’s worth checking out. Johnson admits that he is unlikely to be drafted but after that type of Pro Day, it’s not impossible he works himself into the end of the 7th round. If you’re going to take a chance on someone, it might as well be on an athlete.

By my count, the Steelers have only 65 of a possible 90 players on their roster right now. Even after their seven draft picks, there’s still 18 open spots for UDFAs to latch on, one of the higher numbers Pittsburgh has had in recent years. That could compel Pittsburgh to be more active after the draft than usual where they’ve had some comparatively weak UDFA classes. Johnson could wind up being one of those guys.