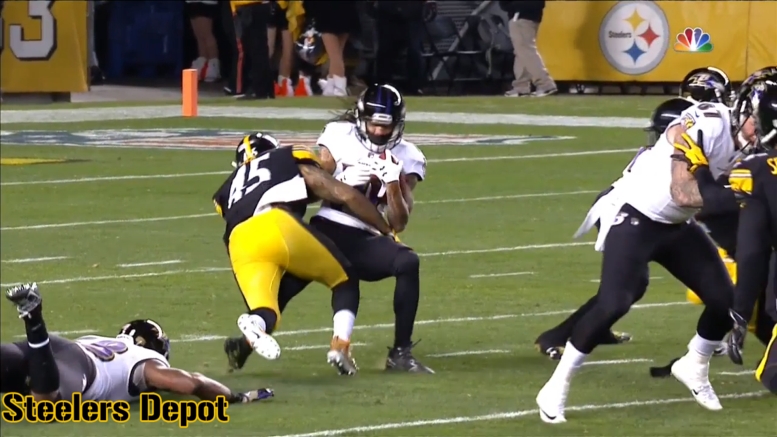 Special teams: The “bathroom stall toilet paper” of the football word. If you forget to look for one, and too late realize you don’t have any, you’re up a creek. And in the past, we’ve seen the Pittsburgh Steelers swimming without a paddle.

Maybe that’s changed for 2018. Or at least, an earnest attempt to do so. That’s what bringing in Matthew Slater and Michael Thomas signals. No, neither of them signed, though I suppose that possibility remains, but that’s partly out of the Steelers’ hands. Can’t make anyone sign.

But Slater and Thomas are special teams first type of players. Two aces. It’s exclusively how Slater has earned his Pro Bowl career. He’s only caught one pass in ten years, but his ability to chase down kicks and punts has given him a rare honor of being a special teams name even casual fans remember. Thomas is a bit more versatile, sprinkled in all over the Miami Dolphins’ defense, but special teams is his calling card. He would’ve been an ideal replacement for Robert Golden, a better player in basically every facet.

For the past few years, my biggest criticism of Mike Tomlin had come with what felt like an indifference to special teams. Return battles poorly thought out, bad personnel decisions (signing Jacoby Jones, for example), overworking some starters on special teams (why does T.J. Watt have to run down punts and then play defense?) and a general disconnect between him and Danny Smith. Special teams haven’t been terrible, better than what’s perceived, but they’ve left meat on the bone.

So I can appreciate the effort to try and remedy that. To realize what’s lost with the release of Golden, a surprising move to most fans, but one probably without introspection, while looking to make the unit a strength instead of an afterthought.

Slater and Thomas, or even just one, would’ve been a big step in the right direction, in addition to the team’s philosophy of finding leaders and high character players.

There’s still the issue of the whole “don’t have any returners” they haven’t addressed yet but a low-level free agency signing and a draft pick or two will aid that unit. What the Steelers have shown, at least, attempted to show through the first week of free agency is a conscious focus on getting this group significantly better.