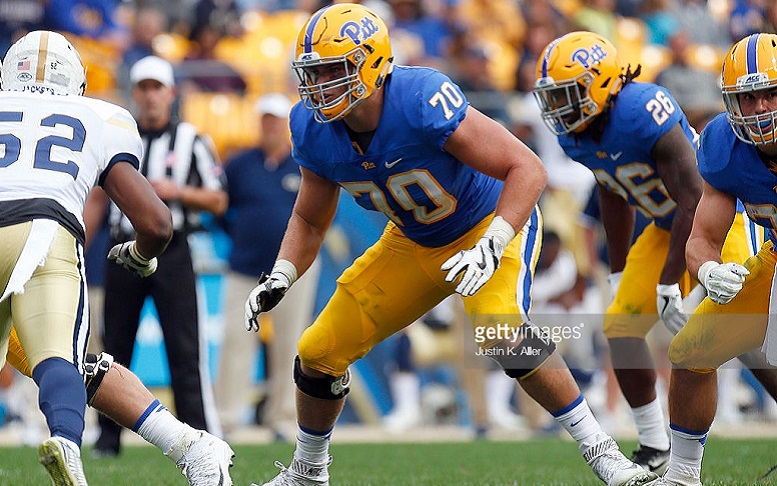 The University of Pittsburgh is yet another school that held their pro day on Wednesday and as you would expect, the Pittsburgh Steelers had personnel present for it.

According to multiple reports and video from the annual event, Steelers offensive line coach Mike Munchak, wide receivers coach Darryl Drake and outside linebackers coach Joey Porter were on hand Wednesday to watch several former Pittsburgh players go through the paces. Even Steelers running back James Conner and linebacker Ryan Shazier were on hand with the latter reportedly helping time 40-yard dashes.

Former Pittsburgh tackle Brian O’Neill said after Wednesday’s pro day that he has meeting scheduled with Munchak later this week, according to Joe Rutter of the Pittsburgh-Tribune-Review. The 6-7 tackle is expected to be a mid-round selection in this year’s draft after playing in 38 games for Pittsburgh. The converted tight end played both right and left tackle for Pittsburgh over the course of the last three seasons.

Pitt’s Brian O’Neill is meeting with New York Giants o-line coach today, and he is scheduled to meet with Steelers and Mike Munchak later this week.