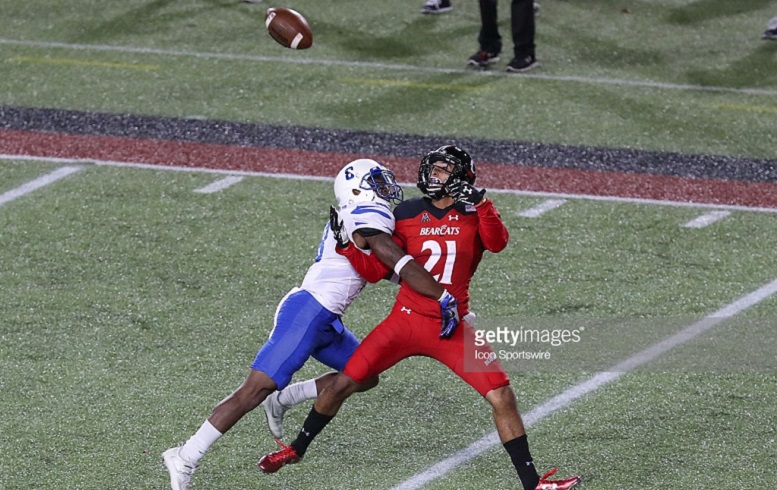 There’s a good chance the Pittsburgh Steelers will draft yet another wide receiver this year and quite honestly, it will be a big surprise if they don’t. According to Tony Pauline of draftanalyst.com, the Steelers are showing interest in Cincinnati wide receiver Devin Gray and have already met with him in some capacity over the course of the last few days.

The Cincinnati pro day was Wednesday and new Steelers wide receivers coach Darryl Drake was reportedly at the Pittsburgh pro day while it was going on. Gray, according to Pauline, posted a 4.42 40-yard-dash time on Thursday along with a very impressive 3.98-second short shuttle time. He also had a vertical jump of 36-inches. Gray reportedly measures in at 6-0, 177-pounds.

In his two seasons at Cincinnati, Gray, a junior college transfer, registered 86 receptions for 1,304 yards and 8 touchdowns. His best game last season was against Navy as he caught 6 passes in that contest for 112 yards and a touchdown. It’s worth noting, perhaps, that Gray did return 13 punts for 110 yards during his two years at Cincinnati.

On the surface, it appears as though Gray is a candidate to go undrafted this year and if that’s ultimately the case, perhaps the Steelers will try to sign him if that ultimately happens. We’ll have to wait and see if they bring him in for a pre-draft visit next month. For now, just file his name away in the back of your brain.