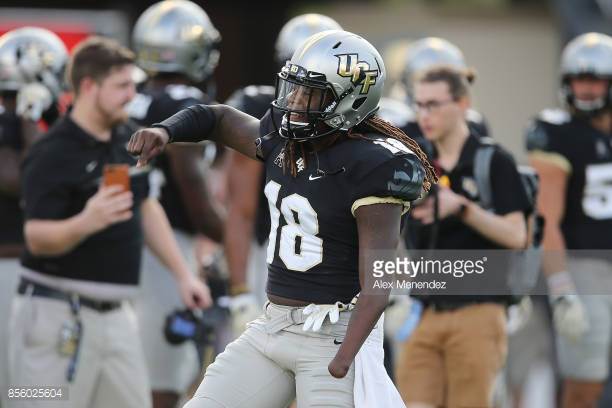 Hands down, the best story in the 2018 NFL Draft is Shaquem Griffin. His story is one that’s largely known by now. Forced to have his left hand amputated when he was a toddler, Griffin overcame that limitation to become one of the most dominant players in college football and then crushes his Combine with a 4.38 40 and then followed it up with a solid Pro Day workout.

An NFL.com article asked five league executives who Griffin would be best fit for. One person answered the Pittsburgh Steelers. Here’s what the executive said.

“How about Pittsburgh? He can be a change-of-pace rusher with the ability to give them some rush/drop potential while also playing on special teams.”

Hard to argue with any of that. Griffin’s true position is undefined and will vary from team to team but Griffin could make an impact as an edge rusher, though “change of pace” isn’t a usage the Steelers currently employ. But regardless of scheme, Griffin profiles as an excellent special teamer with his energy, athleticism, and pass rush background. Core special teamers is something Pittsburgh has certainly taken a long look at during free agency.

And while Griffin is so much more as a “good story,” the Steelers have been focused on high character players who have overcome adversity in their career. They drafted one of the best stories last year in selecting James Conner in the third round, the Pitt product who beat cancer to pursue his NFL career.

The Seattle Seahawks could also be in the mix. According to Griffin, they’re the only team who requested a formal interview with him at the Combine. And his twin brother is a corner for them, drafted last season.