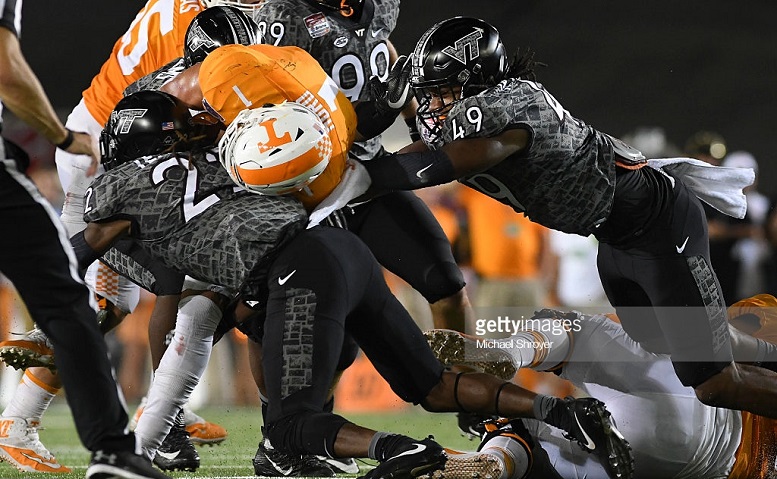 After attending the Wake Forest pro day on Tuesday, Pittsburgh Steelers head coach Mike Tomlin is reportedly at the Virginia Tech Wednesday pro day, according to the school.

32 teams on hand to check out our guys in the weight room, on the broad jump and vertical, including @Steelers HC Mike Tomlin. #Hokies ? pic.twitter.com/D6WfSBd3q2

Tomlin is likely present on Wednesday to watch and visit with linebacker Tremaine Edmunds and his older brother Terrell Edmunds, who plays safety,

Tremaine, who measured in at the scouting combine at 6-5, 253-pounds, is expected to be drafted in the first round this year and likely prior to the Steelers 28th overall selection. Reportedly only 19 years of age, Tremaine registered 109 total tackles in 2017 including 14 tackles for loss, 5.5 sacks and three forced fumbles. He was a First-Team All-ACC selection in 2017 and a Butkus Award Finalist.

As for older brother Terrell, who is reportedly 21 years-old, he’s expected to be a day-two selection. He measured in at the combine at 6-2, 220-pounds and last season registered 59 total tackles including 2.5 tackles for loss and 1.5 sacks. He also had three pass break ups and two interceptions on the season.