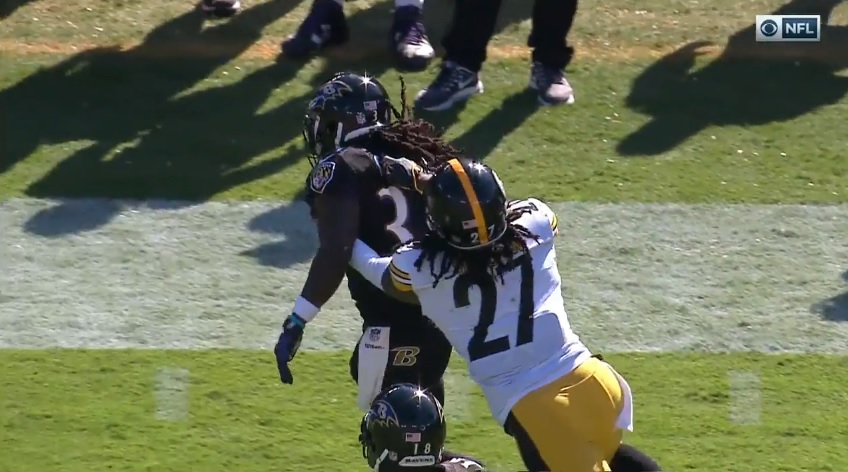 There’s a headline that should catch your attention. Per ESPN’s Jeremy Fowler, safety J.J. Wilcox may not only return this upcoming season, he could be a starter. Here’s what Fowler tweeted out earlier Friday.

Source says Steelers informed J.J. Wilcox of their interest in him returning, expected to have chance to play more snaps and possibly start. Was out of rotation after trade from TB last year.

Reported last week from combine team has expressed interest in Wilcox returning. Not penciled in as starter, obv, lot of moving parts, possibly draft pick, but he'll likely have a chance to play unless team changes course.

Of course, no decisions have been made yet. Wilcox, at least for how little he was used last year, is owed quite a bit of money. Pittsburgh would save $3.125 million (before displacement) if Wilcox is released. And I can’t help but wonder if some of these reports are agent spun for how freakin’ positive they sound, as if he was coming off a career year.

After trading for him last season, Wilcox saw action with the defense early in the system. But his play didn’t impress and he was benched when Mike Mitchell got healthy. After several special teams penalties, Wilcox finished the year as a regular inactive. It’s difficult to see him go from there to the starter. But that’s the report, at least.

The fact Mitchell will be released does bode well for Wilcox’s chances of remaining with the team for at least a little while longer.

It’ll be a mighty interesting next couple of days, that’s for sure.