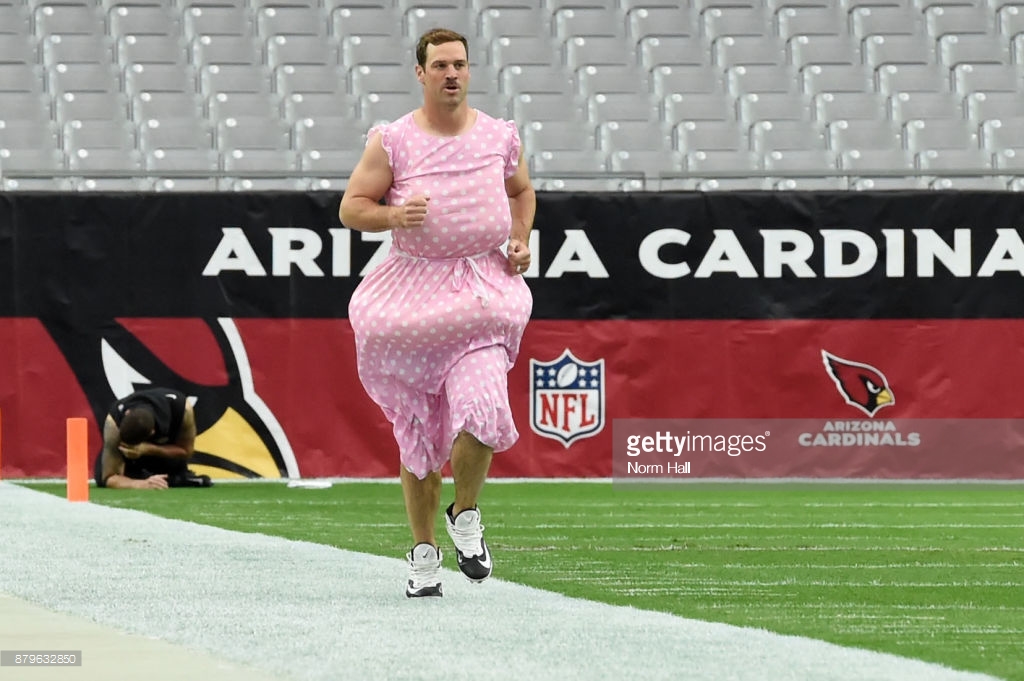 The Cleveland Browns are on the hunt for quarterbacks. That much is obvious. The big target is coming up in the 2018 NFL Draft, where they will surely use one of their two draft picks in the top four selections to draft a player at the position. They have already traded a third-round pick to the Buffalo Bills to acquire Tyrod Taylor.

And now they have agreed to terms on a two-year contract with veteran reserve quarterback Drew Stanton. The 33-year-old was originally a second-round draft pick of the Detroit Lions in 2008 and has made a career out of being a serviceable backup. Carving out a path similar to what Landry Jones should aspire to.

Over the course of his career, Stanton has started 17 games and has posted a 11-6 record. Though his completion percentage has been surprisingly terrible lately, and only owns a quarterback rating for his career of 66.3, he is a veteran mind that knows the game and could help to teach a rookie.

Whomever the Browns end up adding in the draft, it is now abundantly clear that he will be entering a completely reshaped quarterback room in Cleveland. While they have already traded away last year’s second-round quarterback, DeShone Kizer, the presence of Taylor and now Stanton on the roster all but ensures that 2016 third-rounder Cody Kessler will not make the team, nor will Kevin Hogan.

And perhaps that is for the best. After all, the current crop of quarterbacks has only managed to win one out of 32 games over the past two years, and that one victory was quarterbacked by Robert Griffin III, who was not even in the league last year, if my memory is correct.

The Browns have already made it clear that they want if at all possible to avoid throwing a rookie into the fire, as they have been all but forced to do over the past two years, though they tried to avoid that in 2016 as well and immediate injuries to Griffin and Josh McCown ripped that plan to shreds. Kessler was probably never even supposed to dress that year but ended up as the primary starter for most of the year.

With Taylor and Stanton, however, the team now has two quarterbacks that are capable of playing, so if they draft a quarterback and they feel as though they are not comfortable with him even dressing right away, they won’t have to do that.

Instead, they can protect him and nurture his growth without exposing him to the very real potential harm of immediate failure, which we have seen from rookie quarterbacks before. Some flourish early, sure, but Cleveland is not an environment conducive to achieving that.