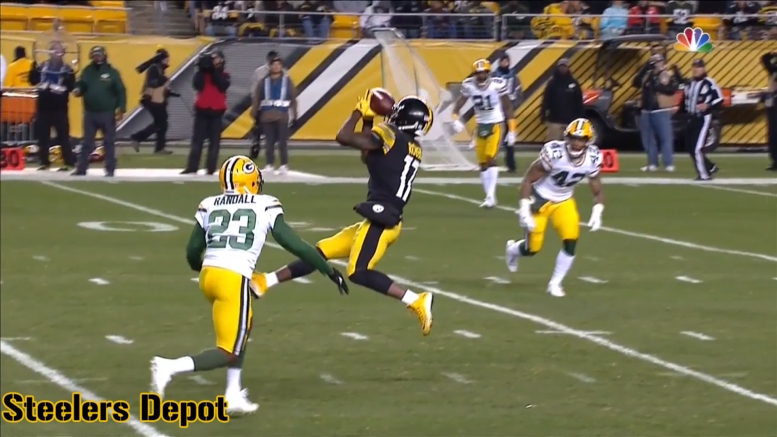 To put it mildly, it wasn’t a great year for Eli Rogers, entering his third season in the league, but only his second on the field after he spent his rookie season on injured reserve while rehabbing a foot injury. Still, the average undrafted free agent rookie would have been waived with an injury designation. The team kept him around all year.

Their early optimism in him was rewarded with a solid season the following year, emerging as the team’s starting slot receiver, catching around 50 passes for 600 yards, scoring a few touchdowns as he did so. But he would not have the opportunity to build upon that.

Extenuating circumstances allowed him to emerge into that role in the first place. With Martavis Bryant’s suspension, there was one major player out of the way. Markus Wheaton dealt with a shoulder injury that limited him to a few games and limited snaps. Then Sammie Coates busted his hand and was not the same after.

Pittsburgh didn’t want to face a similar situation, so they drafted JuJu Smith-Schuster in the second round. With Bryant back, Smith-Schuster quickly took over in the slot between the tall target and Antonio Brown, but he eventually took over a starting role as well, limiting the number of opportunities for Rogers.

Unfortunately, he really had a hard time capitalizing on those few opportunities he did get. He muffed a punt in the third game that got him benched for a couple of games. He dropped a touchdown a bit later. His rapport with Ben Roethlisberger had eroded.

Yet by season’s end, the Steelers were using him, rotating him with Bryant as the third wide receiver against the Jacksonville Jaguars in the postseason, and he caught a handful of passes as a result.

Unfortunately, he also tore his ACL during the game. While he says that he is ahead of schedule during his rehab, it’s quite unlikely that the team gives him a restricted free agent tender. Perhaps he gets re-signed toward training camp, if at all.