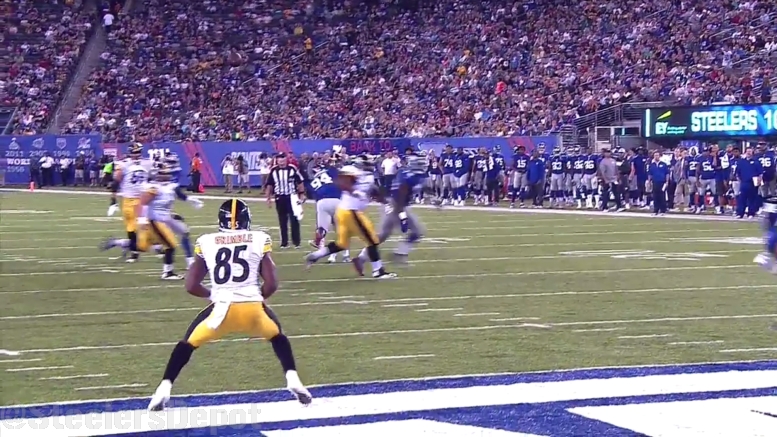 It was a challenging season for Xavier Grimble and Martavis Bryant. Grimble spent the year on and off the active list and ultimately, less involved in the offense than a year ago. He finished with just five catches. Bryant had a delayed start to the season, not cleared to practice until midway through camp, struggled to find a role in the offense, asked to get traded, got suspended instead, before ending the year on a better note. His 12.1 average was the worst of his career.

So it’s fitting the two are training together. A few days ago, Grimble posted a couple clips on Instagram of him working out with Bryant to begin the year. 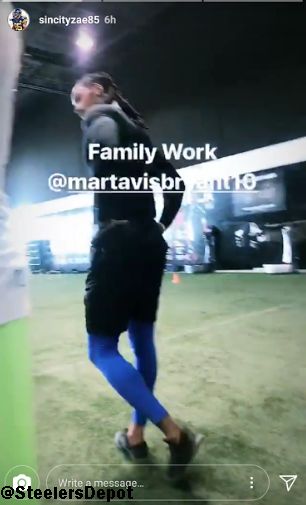 Last year, Bryant said it was the first time ever he had truly dedicated himself to training, getting his weight up to around 230 pounds. That obviously didn’t translate to production last year but was a positive step to keep him focused and staying on the straight and narrow. That dedication seems off to a good start for 2018 and he’s mended fences with the Steelers, now saying he wants to remain in black and gold.

Grimble recently recovered from January 19th surgery on his left hand. We don’t know the exact details of what the surgery was, only that it required multiple stitches. Assuming Vance McDonald is kept, it will still be difficult for Grimble to find playtime. But he improved as a blocker and was used situationally as the #2 TE in passing situations, a clear advantage he has over Jesse James.

Both players still have tons of potential. With the hope 2018 is a breakout year.