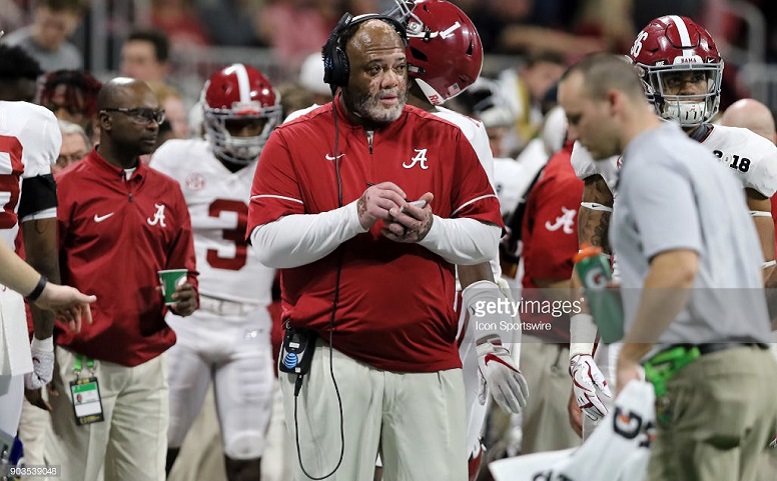 The Pittsburgh Steelers have just made the hiring of former Alabama defensive line coach Karl Dunbar official on Thursday.

We have hired Karl Dunbar as defensive line coach, and John Mitchell will remain on the coaching staff as assistant head coach.

Dunbar, who has been a defensive line coach at either the college or NFL level since 2002, will hold that same title with the Steelers and he’ll replace John Mitchell, who will reportedly remain the team’s assistant head coach.

Dunbar has a history with Steelers head coach Mike Tomlin as the two were with the Minnesota Vikings in 2006, the one season that the latter was a defensive coordinator. Dunbar has also previously been a defensive line coach for the Chicago Bears, Buffalo Bills and New York Jets.

A former NFL player himself, Dunbar played three seasons for the New Orleans Saints and Arizona Cardinals after being selected originally by the Steelers in the eighth round of the 1990 NFL Draft out of LSU.

“Having the relationship with Mike and some of the coaches on the staff. Knowing Coach Mitchell, who was a coach at LSU when I played. A lot of things he did, I do. I will lean on him to help me get to know the guys in the defensive line room and hopefully make it a great transition.”

As for Mitchell, who has been the Steelers defensive line coach since 1994, I’m sure he’ll still have a big hand in coaching the team’s defensive linemen until he ultimately retires.

Now that Dunbar has been hired, Tomlin will now turn his attention to finding a new defensive backs coach to replace Carnell Lake, who resigned on Wednesday.