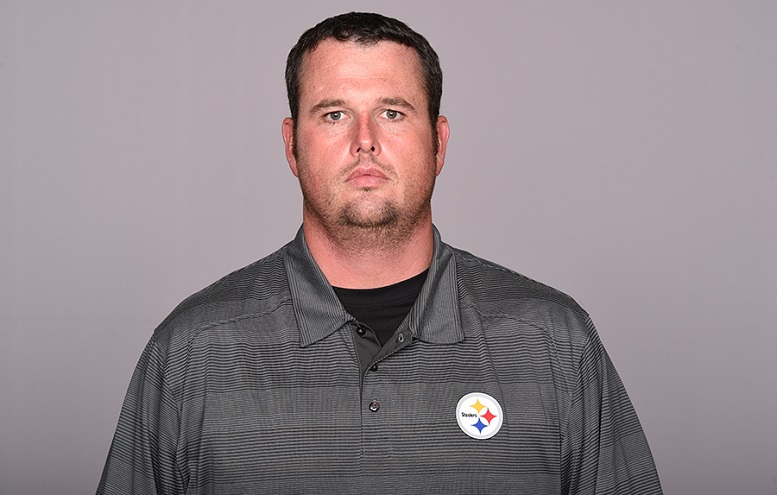 According to the Pittsburgh Steelers official website, offensive coach Shaun Sarrett has a new job title.

Sarrett, who this past season was listed as an offensive assistant, has now been promoted to assistant offensive line coach. The move also coincides with the Steelers recent hiring of Blaine Stewart, son of late West Virginia coach Bill Stewart, to be the team’s new offensive assistant.

Sarrett, who has been with the Steelers since 2012, was previously an offensive quality control and offensive line assistant at Duke from 2008-2011.

According to the Steelers 2017 media guide, Sarrett primarily helped coach the offensive line along with assisting the rest of the offensive coaching staff with game preparation, video analysis and the scouting of opponents. Several of those duties will now likely be done by Stewart, who was hired by the Steelers as few days ago. 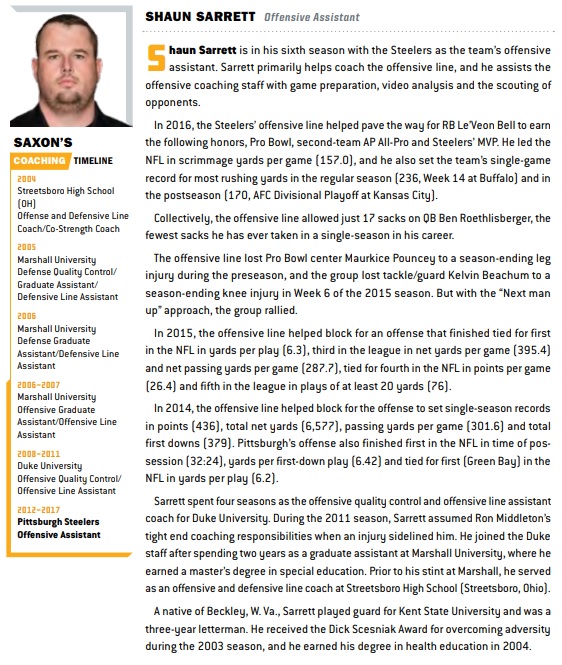