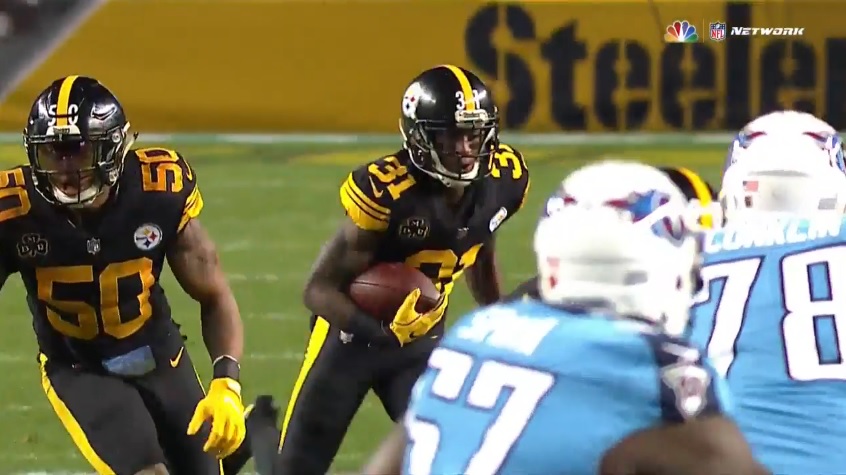 Consider this a bonus question of the Friday Five. Dave and Dave had a good discussion on today’s Terrible Podcast and I wanted to branch off it today. They were talking about who is the best defensive back on the current Pittsburgh Steelers roster. We can debate that question in the comments below too though I suspect most will answer Joe Haden. To get more specific, I wanted to spin it this way. what DB do you trust the most?

To be clear, trust doesn’t mean talent. It means the guy who can best execute the scheme, communicate well enough, and is the most consistent player out there.

Could it be Mike Hilton? He certainly felt like the most consistent guy on the field. Hard to think of any terrible plays he had. Haden played well, much better than I expected, but even he took his lumps with his aggressive attitude and picking up the defense as he went along.

Is it William Gay? Gay was reduced to the dime role but is the veteran rock of the secondary, even if this was his last year of the team.

Is it someone else? You could argue Haden is the choice. I would even trot out Robert Golden’s name. Again, we’re not looking at it from a talent perspective but in terms of assignment, tackling, and run fills (coverage, however, might be a different story) but I trust him a good bit.

I imagine Mike Mitchell won’t be mentioned by many. Ditto Sean Davis. And Artie Burns is someone I trust less than anyone else.

Wanted to get Steelers Nation’s thoughts on the state of the secondary, an area that should see some upgrades in the offseason.