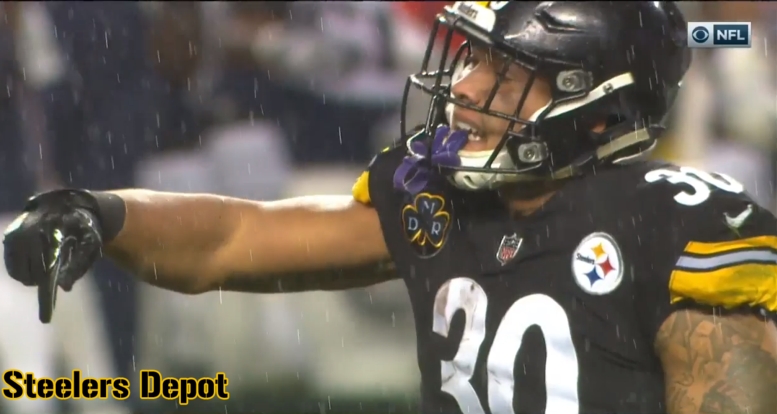 One of the most popular members of the Pittsburgh Steelers during the 2017 season was a running back. No, not Le’Veon Bell—well, perhaps him, too, though many appear to be growing weary—but rather, rookie running back James Conner, their second of two picks in the third round of the draft.

Conner didn’t do a whole lot during his rookie season—he totaled 33 carries for 144 yards on the year, averaging a healthy 4.5 yards per carry—but he felt that he was gaining more and more trust as the season progressed. Then he suffered a knee injury that ended his rookie venture.

It certainly wasn’t the first bit of adversity life has thrown at him, nor was it even the first major knee injury that he has sustained while playing football. And he is using those prior experiences to his advantage as he works his way back from the latest installment of attrition in his tale.

Previously sustaining a right knee injury in college, Conner feels fortunate that he did not injure the same knee this time. “With my right knee I came back stronger so that is what I plan on doing with the left knee”, he recently told the team’s website. “Thankfully I heal pretty quickly. I am healing fast from this. I feel good right now. I will have more than enough time to be in tiptop shape when we get together again. I have had setbacks in the past, so it’s easy for me to have patience as I come back from this”.

The injury occurred in the Steelers’ game against the New England Patriots in Week 15. He had carried the ball three times in the game at that point for 13 yards, including a 10-yard run, his sixth carry of 10 or more yards on the season.

“It was frustrating when it happened”, he said. “They were trusting me more. I was getting carries in the fourth quarter. That is the life of a running back. Injuries happen. My first injury won’t be my last. Those are things you have to deal with”.

And one of the things that Conner has had to deal with is playing behind Bell, who more than any other running back in the league, never comes off the field when he is healthy. That, combined with some rookie mistakes, such as in pass protection, really limited his opportunities to contribute in year one.

And the knee injury forced him to miss his greatest opportunity to contribute, which came in Week 17, when the Steelers rested a number of their key starters, including Bell. Stevan Ridley, signed after Conner’s injury, started the game and impressed.

But he is preparing to come back, as he has time and again, stronger than before, more experienced than before, and ready to contribute more than before. And doing it for Pittsburgh, his local team, makes it all the more special.

“It was awesome being on the field. It didn’t matter if it was two or three snaps a game. Being out there was special, being in a Pittsburgh Steelers uniform is special”.

Many agreed, and shared in his experience, helping to make his one of the highest-selling jerseys in the NFL in 2017.