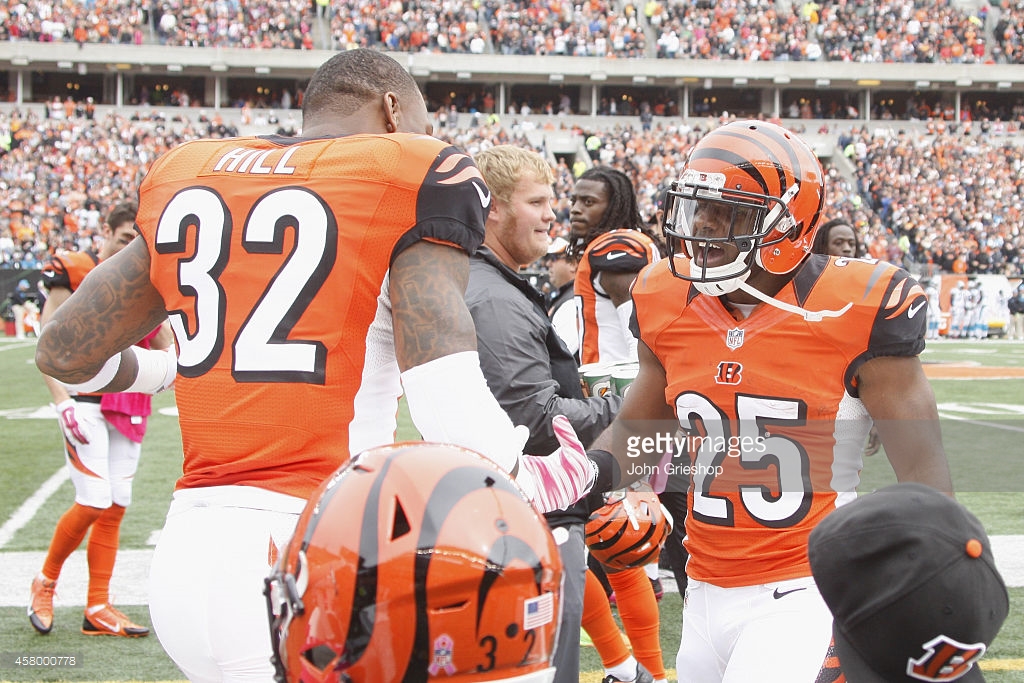 When the Cincinnati Bengals used their second-round pick in the 2017 NFL Draft on running back Joe Mixon, he pretty much knew what he would do next. Entering the final year of his rookie contract, fourth-year running back Jeremy Hill knew that his time in Cincinnati was running out, and that he would be playing elsewhere in 2018.

In spite of the fact that he had been the team’s primary running back for the three previous seasons since his rookie year in 2014, Hill had seemed to wear out his welcome somehow. Even though he was averaging about 222 carries and 10 touchdowns per season, it wasn’t enough.

The former second-round pick himself got just 37 carries in seven games last season, rushing for 116 yards with no touchdowns. He was a surprise inactive one game, and then was put on injured reserve. It was a decision that he made for himself, preparing for his inevitable future.

He told the Cincinnati Enquirer that he rolled his ankle in practice prior to that final game in which he was inactive, “and it just wasn’t the same”. He said that he had been playing for the past few years with bone spurs in his ankle and that injury did not allow him to do the things he “wanted to do”.

So, he said, “they decided to go forward with Joe [Mixon] and my people, my family and myself, we just thought it would be best for me to have surgery and make sure I’m good to go going forward, putting my career over this season”.

Remember, not only had they drafted Mixon, they also gave their other running back, 2013 second-round pick Giovani Bernard, a contract extension, so it was clear even before the season started that they were highly unlikely to bring Hill back after this year.

“That was a decision that I felt was best for me going forward and that’s what I did”, he said.

Not much of a threat as a receiver, he has 67 career receptions for another 484 yards and one touchdown. He has nine fumbles, of which he has lost five. But he is just 25 years old and a proven track record as a player who can handle a high volume of carries.

It will be interesting to see what his market value will be. He will have to sell teams on the idea that he is still the same player that he appeared to be in his rookie season, and that the surgery that he elected to have will get him back to that, now finally healthy.