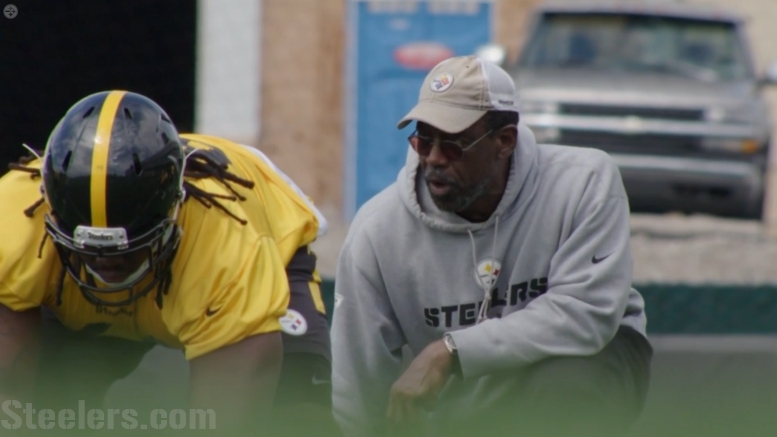 Question: How involved will John Mitchell continue to be with the defensive line?

I suspect that this is a question many Steelers fans are wondering at the moment. In the surprise of the offseason, the Steelers elected to hire a new coach for the defensive line in Karl Dunbar, who has plenty of experience in the task, and who in fact was not only drafted by the Steelers, and coached under Mike Tomlin, but played under Mitchell in college.

The connections to Dunbar are clear, and perhaps lend credence to the idea that he is not coming in necessarily to usurp Mitchell. I can’t help but wonder about how hands-on Mitchell will remain with the defensive line, even if it may no longer be his primary focus.

While he has technically been the “Assistant Head Coach” for 11 years now, the meaning behind that title is about to expand vastly, and he will carry out tasks that will largely be behind the scenes, having, frankly, to do with the monotonous day to day minutiae of the job that the average fan has no compelling reason to find very interesting.

Mitchell has been the Steelers’ defensive line coach since 1994. To make it clear as to how long ago that is, Chuck Noll had only retired following the 1991 season. He was hired in Bill Cowher’s third season as head coach and is still here well over a decade after Cowher, too, retired.

I have a hard time imagining that Mitchell will be able to keep away from the defensive line, such a stickler he is for the details of what he wants to get out of his players. No other coach on the staff, I suspect, spends more time breaking down their players and rebuilding them to do what he wants them to do.

Dunbar has said that he learned from Mitchell and teaches many of the same things. Will this begin as a succession plan, with the two essentially acting as co-coaches, as the latter prepares to transition into more of a global role? Or is it only Dunbar, with little input from Mitchell?