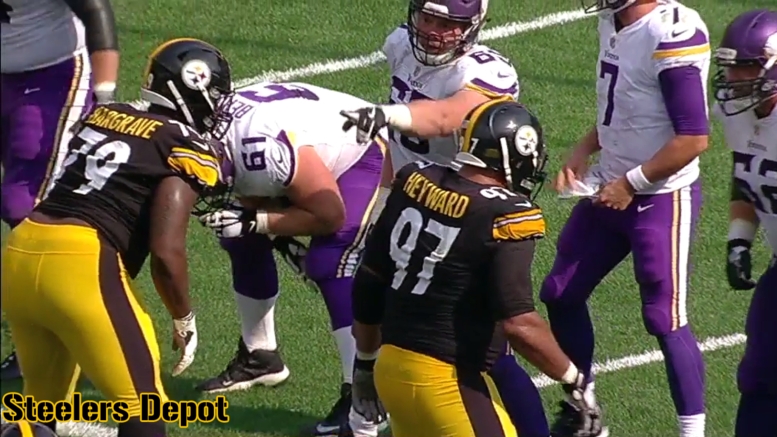 I think that most outside observers would conclude that the second season of Steelers defensive tackle Javon Hargrave did not exactly go as anticipated. Statistically, he was fairly static. He recorded 27 tackles as a rookie in 15 games while recording 32 in 16 games in 2017, with an increased snap count. He had two sacks each year, though he added a forced fumble and a passed defensed as well.

A lot of the work that he did put in, however, is not that which shows up on the stat sheet. He is criticized because he is not the traditional lane-clogging nose tackle, but he causes chaos not by creating traffic jams but rather by creating penetration.

He played 213 snaps against the run last season and recorded 25 tackles, 15 of which resulted in negative plays for the offense. His run-stop percentage (the number of run stops relative to his total number of running plays) of seven percent was neither great nor poor, ranking in the middle of the pack, statistically. He did miss some tackles, which can be improved.

Where he separates, of course, is against the pass, the area in the game in which he is best able to tackle advantage of his superior quickness and hand usage against often bulkier interior offensive linemen. His pass-rush productivity ranked favorably, just outside the top 10 among interior defenders, though distant from the elites like Fletcher Cox and Geno Atkins.

According at least to Pro Football Focus, Hargrave registered 20 pressures in 2017 on 216 pass-rushing attempts, which is a solid, but not elite ratio. He does also need to convert a greater number of those pressures from hurries to hits and sacks.

Of course, one of Hargrave’s quietly attractive qualities if the fact that he is capably of playing actively both in the 3-4 alignment and in the nickel. While he played about two fifths of his snaps as a true nose tackle (and even a few as a defensive end), he spent the bulk of his time as a defensive tackle in a front with two down linemen.